Jeremy Bentham is associated in criminology with his invention of the 'Panopticon.' In many ways this appeared as the quintessential disciplinary institution, training subjects to be 'docile' and obedient. Yet Bentham's classical criminology also stressed that actors are rational choice optimisers, and are to be seen as inventive and enterprising rather than servile and mindless. In part, the overemphasis on the Panopticon leads modern criminologists ignore this side of his thinking and to see Bentham as narrowly punitive and disciplinary. But in his later years he turned toward 'pecuniary sanctions', fines and damages, that he regarded as the optimal liberal sanction. Bentham outlined many of the advantages of monetary justice, and advocated their use in relation to almost every crime, in place of the more usual punishments. This chapter suggests a need to reconsider the contribution of Bentham to criminology and penology in terms of such later works and ideas rather than his advocacy of the Panopticon alone. 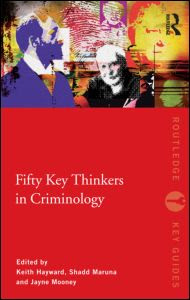