Conservatives, the Declaration of Independence, and the Constitution, Part I 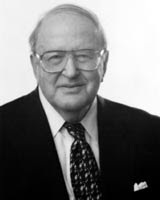 In my fifth of July posting, I thought I would focus on the Declaration of Independence, not in its 1776 incarnation, but as a touchstone for political and constitutional argument for succeeding generations. Of course, there is a long history to this, most famously, perhaps, Elizabeth Cady Stanton’s Seneca Falls Declaration (1848), the political thought of Abraham Lincoln and Frederick Douglass. But it extends well beyond this, to legions of everyday people, in the normal practice of politics, making claims on behalf of their God-given natural rights. Victoria Woodhull appealed to the Declaration in defense of the right of free love. Samuel Gompers appealed to his God-given right to free speech in his boycott campaign against the Bucks Stove and Range Company (see my “The Gompers v. Bucks Stove Saga: A Constitutional Case Study in Dialogue, Resistance, and the Freedom of Speech,” Journal of Supreme Court History 31 (2006): 28-57). Since 1776, the Declaration of Independence has been a common coin of the realm.

The Declaration is serving as an important touchstone today for conservatives. Two of the major works of post-War conservative constitutional theory put it front and center: the Straussian Harry V. Jaffa’s Crisis of the House Divided: An Interpretation of the Issues in the Lincoln-Douglas Debates (1959), and John Courtney Murray, S.J.’s We Hold These Truths: Catholic Reflections on the American Proposition (1960) (I will take up Jaffa here a bit, and talk about Murray later). I use the label “constitutional theory” advisedly. One of my pet peeves – and an inspiration for my current project – is that the court-centered obsessions of law professors (much lamented by Sandy Levinson, amongst others) have led us to believe that the phrase “constitutional theory” applies only to theories advanced to advise judges about the “best” or “only legitimate way” to interpret the constitutional text. But, of course, there are plenty of highly influential constitutional theories that do much more than that, or something quite different (John C. Calhoun anyone?). This too often leads people to assume that conservatives are, and have always been, “originalists” (in its current, rather narrow, law school incarnation), fully, or in embryo. And thus that contemporary conservative constitutional theory effectively starts with Ed Meese, Robert Bork, and Raoul Berger. Nonsense. We heard a lot about the influence of the Straussian conservatives over foreign policy during the lead up to the wars in Iraq and Afghanistan under George W. Bush. But the most influential Straussians – Harry Jaffa, Martin Diamond, and Walter Berns, for example – did constitutional theory (in its fullest and richest sense).

Jaffa’s constitutional theory (and attitude) is evident everywhere on the contemporary right (though often in popularized form). For a nice sense of it, check out his book review of a new translation of Aristotle’s Nichomachean Ethics in Sunday’s New York Times Book Review. For Jaffa, politics is, ultimately, about Truth. As such, it is apprehended in its fundamentals only through philosophy. Ancient philosophy was concerned with the foundational concerns of Truth and Justice. Modern philosophy – including liberalism – is concerned with the shallower objective of peace. It is morally relativistic in allowing each to live his own (purported) “truth.” It is corrupted by a legal positivism that makes humans the source of law. Ultimately, this provides no stay against the deepest challenges to free societies – like Nazi or Communist totalitarians (or slavery or genocide). The challenge of our time – recognized by the great Leo Strauss – is to stand for Truth (timeless and eternal) against the corrupting forces of relativism and positivism, for Civilization against Barbarism.

What has this got to do with the Declaration of Independence and the Constitution? In Crisis of the House Divided, a study of the political thought of Abraham Lincoln, Jaffa argues – intricately, and at length – that, in integrating the philosophical principles articulated in the opening lines of the Declaration of Independence into the Constitution, Lincoln (like Leo Strauss, but not as a philosopher removed from the world, but as a philosophically-rooted statesman) effectively synthesized the claims of Reason and Revelation (the Straussian trope of “Athens and Jerusalem”), emphasizing the nation’s foundations in the unwavering, timeless truths of God (as opposed to the simple will of the people, by majority vote). As such, the integration of the (timeless/eternal/God-Given Truths) of the Declaration into the Constitution redeemed the American Founding. Only those that “hold these truths” have the firm grounding necessary to oppose slavery -- or (Godless) communism, with its constitutionally unlimited state (or abortion, or homosexuality, or gay marriage, etc.). Secular, relativist, positivist liberals and progressives lack this firm grounding. In this, they are like Stephen A. Douglas, with his theory of popular sovereignty (though Douglas was no relativist: he simply believed that politics could be separated from morals). Liberals and progressives aren’t committed to the principles of the Declaration, as redeemed by Lincoln. As such, they betray the Founders, and the great cause of the Civil War (as philosophized by Lincoln). The result is perversion, degeneracy, and decline.

I set all this out in more detail, and broader context, in a forthcoming article in the Maryland Law Review: “Beyond Originalism: Conservative Declarationism and Constitutional Redemption,” Maryland Law Review 71 (2011-2012)(forthcoming). I talk about Jaffa’s thoughts, and his antagonists within other parts of the conservative movement, briefly, and provide a short overview of conservative constitutional thought, in: “Ecumenicalism Through Constitutionalism: The Discursive Development of Constitutional Conservatism in National Review, 1955-1980,” Studies in American Political Development (Spring 2011): 86-116.

By the way, Jaffa (b. 1918), a professor of Government emeritus at Claremont McKenna College and Claremont Graduate University, studied with Strauss at the New School for Social Research before Strauss moved to his long-term appointment at the University of Chicago. Jaffa is famous for penning the famous line of Barry Goldwater’s 1964 presidential nomination speech “Extremism in the defense of liberty is no vice… And … moderation in the pursuit of justice is no virtue.”