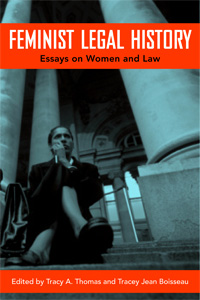 This essay, appearing as a chapter in Feminist Legal History: Essays on Women and Law (N.Y.U. Press 2011), uncovers groundbreaking court innovations employed by Judge Anna Moscowitz Kross (right). To date, Kross's work has gone largely unexamined by legal historians and court reformers. This essay describes how Kross, one of the nation's first women judges, sought to rethink the role and goals of criminal courts in order to meet and address social realities. Beginning in the 1930's she expanded the boundaries of criminal courts to permit female volunteer caseworkers and lay probation officers, as representatives of the larger community, to play a role in court operations. Her lay volunteer armies, which were seen as controversial and at times came under official scrutiny, continued their efforts over the course of several decades. What is more, many courts across the country replicated Kross's experiment without crediting her for her ideas. While this essay celebrates this largely forgotten historical figure and her work as an early judicial innovator, it also warns that social engineering efforts in criminal courts at the hands of lay counselors, both then and now, raise important questions that are worthy of further exploration. This essay, therefore, concludes by suggesting that today's criminal justice reformers might learn important lessons from Kross's attempts at judicial creativity that relied on private funding and private citizen participation in criminal court proceedings.