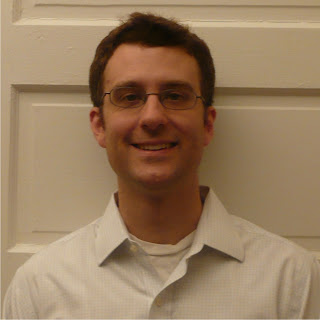 Historians and legal scholars can learn much from each other when it comes to foreign affairs. One might expect this to be particularly true for United States foreign affairs. After all, law and legal culture have played an outsized role in American political and social development as observers as distinct in time and outlook as Alexis de Tocqueville and Stephen Skowronek have noted.

Yet the role of law and lawyers in shaping American diplomacy remains poorly understood. Following are some brief comments suggesting four potential sites of convergence.

Between 1885 and 1945, virtually every U.S. secretary of state was a lawyer. Legal lineages permeated the “foreign policy establishment,” with Henry Stimson often in the middle of things. Robert Lansing’s father-in-law was also a secretary of state (John W. Foster); so too was his nephew (John Foster Dulles). All three were lawyers.

But why did it matter if a policymaker was a lawyer rather than, say, a newspaper editor? Certainly much depends on the secretary in question. But trends in domestic legal thought can provide valuable guides. Jonathan Zasloff, for instance, has explained Elihu Root’s diplomacy as an outgrowth of his legal classicism and belief in judicial supremacy; there were few problems for which Root did not seek a legal solution.

Robert Beisner and Robert McMahon, meanwhile, find the origins of Dean Acheson’s “realism” in the legal pragmatism and empiricism he learned from his mentors Felix Frankfurter, Louis Brandeis, and Oliver Wendell Holmes. So there is a case to be made for a careful analysis of the legal philosophies of these lawyer-secretaries.

Yet an alternative conclusion might be drawn. For lawyers were not merely counselors shaping policy, but also advocates who justified policies already decided. Maybe the most salient fact of Acheson’s legal background was his experience as a litigator. After all, he proved central in selling Truman’s Cold War frame to congress and the electorate.

My own research suggests that Root and his contemporaries legitimated controversial imperial policies not merely through technical legal arguments, but by weaving together legal and moral rationales into a discourse of civilization. Has the importance of strictly “legalistic” arguments increased as international law has become more professionalized? To what end?

Throughout the twentieth century, the U.S. government has hired more and more lawyers. Over which topics have they had jurisdiction? International claims, for instance, are customarily routed first through the legal department. At times this meant that what were essentially political disputes involving corporate or foreign state malfeasance were interpreted and argued through legal frameworks. This created certain limits and possibilities to the way American corporations could enlist the state on their behalf.

Policymakers have at times understood foreign policy through legal metaphors. For instance, dollar diplomacy as practiced by William Howard Taft and Philander C. Knox (both lawyers) involved the metaphorical and literal application of corporate legal terms like “trusteeship” and “receivership” to foreign policy. These analogies promised an orderly settling of disputes. But they proved difficult to implement in the “real world” of hemispheric politics. Might a similar case be made for more recent interventions?

To what extent have law in general and international law in particular been understood as congruent with “American” values? This has changed over time.

For instance, in 1886 Congress approved the publication of a Digest of International Law with the claim that it “would erect a monument…to those eminent statesmen who established in this country an imperial peace, and have given to the world, as the greatest European jurists now admit, its present system of international law.” One sees this idea of international law as an expression of American values expressed strongly throughout the early twentieth century. It still exists in some quarters today.  Yet the famous Oklahoma initiative that banned the application of Sharia to state courts in 2010 simultaneously banned the application of international law as well. This equation of international law with foreign imposition may not yet represent a majority opinion nationwide. But clearly something has changed in the last 100 years. (I plan to explore this shift in a future project).

Analyzing these four areas can help historians understand what might be distinctive about the role of law in American diplomacy. Doing so also has implications for how we conceptualize the U.S. as a political entity and foreign policy actor.

*  Ben's online bio is out of date, so here's the current one:


Ben Coates received his PhD in History in October 2010 from Columbia University. His dissertation, "Transatlantic Advocates: American International Lawyers and U.S. Foreign Relations, 1898-1919," analyzes the professionalization of international law in the United States and examines the important roles that lawyers played in the conceptualization and conduct of U.S. foreign policy. In 2011-2012, Ben will be a Visiting Scholar at the American Academy of Arts and Sciences in Cambridge, MA, where he will work on his manuscript, tentatively titled, Legalist Empire.