LaCroix on Wood on LaCroix 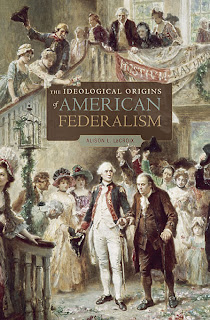 In this reply to a review by Gordon Wood of Alison LaCroix’s book The Ideological Origins of American Federalism (Harvard University Press, 2010), LaCroix corrects several of Wood’s misstatements about the book and expands upon the book’s central themes. The book’s central claim is that the debates of the 1760s through the 1780s culminated in a new constitutionalization of federalism, a process that continued into the early 1800s. From a disconnected and sometimes ambiguous set of arguments about divided sovereignty in politics, American colonists and early republicans fashioned a new architecture of legal and constitutional authority build on a subject-matter-based division of governmental power. In contrast to earlier systems – whether formal or informal – of polycentric government, late-eighteenth- and early-nineteenth-century American federalism was specifically designed to avoid the ancient problem of imperium in imperio, or dominion within a dominion, that had troubled the British Atlantic political world for decades. The significant innovation of the American federal idea was to authorize the division of sovereignty and to create viable legal categories that could contain multiple sources of governmental power within one overarching system. LaCroix discusses the substantive issues of popular sovereignty and judicial review, as well as the relationship between ideas and experience in historical methodology.