The History of Federal Jurisdiction 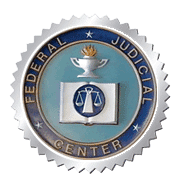 Article III of the Constitution left for the Congress to determine the distribution of federal jurisdiction within a system of federal courts and between the federal and state courts. The Judiciary Act of 1789 provided for cases to enter a federal court through an original filing, through removal of a case originally filed in state court, and through an appeal from the highest court of a state to the Supreme Court of the United States. Over the past two centuries, Congress has passed numerous statutes redefining the jurisdiction of the federal courts within the limits set by the Constitution. Throughout its history, the Supreme Court in its decisions has established additional rules and doctrines governing federal court jurisdiction.

The accompanying essays describe the history of the principal subjects of federal jurisdiction, with an emphasis on congressional statutes and Supreme Court decisions affecting each subject of jurisdiction. The essays also provide a summary of caseload trends in each type of jurisdiction.

Completed entries after the jump.