Books that Shaped Work in America

As part of its centennial, the US Department of Labor, in partnership with the Center for the Book in the Library of Congress, has launched Books that Shaped Work in America.


The web-based project . . .  launched today as part of the department's ongoing 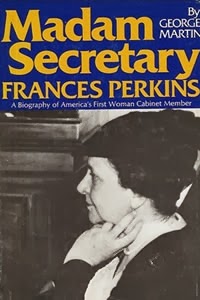 commemoration of its 100th anniversary, aims to engage the public about the Labor Department's mission and America's history as a nation of workers as portrayed through published works.

"The Books that Shaped Work in America initiative explores the dignity of work and our progress in expanding America's fundamental promise of opportunity for all through the lens of literature," said U.S. Secretary of Labor Thomas E. Perez. "Think of this effort as an online book club where people from all walks of life can share books that informed them about occupations and careers, molded their views about work and helped elevate the discourse about work, workers and workplaces. At the same time, the site provides a unique way for people to learn about the mission and resources of the U.S. Department of Labor."

Work, like our nation, is constantly evolving, and so Books that Shaped Work in America is no different. To get it started, 24 individuals, including Perez, eight former secretaries of labor from both Democratic and Republican administrations, department staff (including an intern), civil rights leaders, critics, authors, media personalities and staff from the Library of Congress submitted suggestions. Among the contributors: former Secretaries of Labor George P. Shultz and Robert Reich, authors Daniel H. Pink and Joan Acocella, Solicitor of Labor M. Patricia Smith, Liz Claman of Fox Business News, President of the National Urban League Marc Morial and Scott McGee of Turner Classic Movies. Their recommendations are included on the initiative's website, along with brief summaries of each book and links to related U.S. Department of Labor resources.

Now the public is invited to expand the list. A simple, online form, which can be found [here] makes it easy for anyone to suggest a book.

Not many of the initial 100 titles touch on legal history, even generously defined, but see The Federalist, William Serrin's Homestead, the Webbs’ Industrial Democracy, George Martin's Madam Secretary (although not Frances Perkins's own The Roosevelt I Knew), Ben Hamper's Rivethead, Peggy Noonan’s When Character Was King, and Justice Sotomayer’s My Beloved World.  (I know: I rolled my eyes at some of these, too.)  Feel free to make your own suggestions, especially as I did not recognize any professional historians among the contributors.  (Apologies to anyone I overlooked.)  I believe I’ll nominate Frankfurter and Greene’s Labor Injunction and, to keep things "fair and balanced," Sylvester Petro’s Kohler Strike.
Posted by Dan Ernst at 10:50 AM