Waugh on a Sodomy Prosecution in Colonia Australia 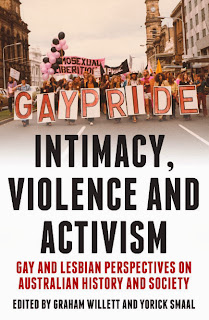 John Waugh, Melbourne Law School, has posted “A Gang of Judicial Assassins”: George Bateson and Colonial Sodomy Laws, which is to appear in Intimacy, Violence and Activism: Gay and Lesbian Perspectives on Australian History and Society (Monash University Publishing, 2013), 25–38.  Here is the abstract:


One night in November 1860, Melbourne police burst into the room where George Bateson, a 42-year-old Englishman, was in bed with a young man. Bateson was arrested and later convicted of sodomy. In prison, he poured out his outrage in a long series of letters in which he claimed to be the innocent victim of a conspiracy.

This paper puts Bateson’s case in its legal context by outlining the laws that applied to sex between men in colonial Australia, and considers two highly unusual aspects of the case: the police entrapment of Bateson, and the cache of letters in which he gives his version of the events leading to his conviction.