[We have the following call for papers for the conference "Legal Bodies: Corpus / Persona / Communitas," which is to take place May 15-17, 2014, in Leiden.] 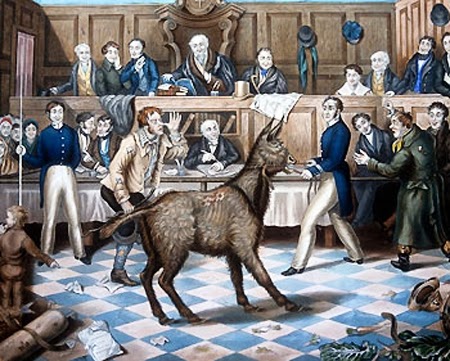 LUCAS (the Leiden University Centre for the Arts in Society) will host a three-day conference on the various ways in which literary and artistic texts have represented, interrogated or challenged juridical notions of ‘personhood’.  The guiding assumption behind our conference is that ‘personhood’ is not a (biologically) given, stable property of human beings (which precedes their interaction with the law), but that ‘personhood’ is assigned to selected (and historically varying) ‘bodies’ by discursive regimes, such as those of law, medicine, politics, religion, and education. During the conference we will study how literature, art and culture form domains in which the implications and scope of legal, political or medical conceptualizations of personhood can be dramatized and thought through, and in which alternative understandings of personhood can be proposed and disseminated.

The symposium broaches the question of personhood on three different levels: those of the body, the individual and the community. Questions to be addressed include (but are not limited to), firstly: From which discourses did notions of bodily integrity historically emerge? Which social, political and medical developments are currently challenging these notions? How do artistic, cultural and socio-political phenomena (such as bio-art, body horror, the right-to-die movement, etc.) invite us to rethink our notion of the human body?
Second, what literary and rhetorical figures made it possible to think of legal personhood in antiquity, the middle ages and the modern era? What is the legal status of ‘not-quite persons,’ such as children, illegal immigrants, the mentally disabled, the unborn and the undead? What could ‘animal personhood’ entail?

Finally: how do collective bodies acquire personhood? How did art and literature represent legal entities such as the medieval city, the seventeenth century trade company or the nineteenth century corporation? Or what is the legally defined status of sects, networks, conspiracies, and resistance movements?

The conference is organized in cooperation with NICA (the Netherlands Institute for Cultural Analysis) and is made possible by LUCAS, the Leiden University Fund and NICA.

400-word proposals for 20-minute papers can be sent to Frans-Willem Korsten, Nanne Timmer and Yasco Horsman (LUCAS, Leiden) at legalbodies@hum.leidenuniv.nl.