Two Articles from the Garrow Backlist

David J. Garrow, Research Professor of History and Law at the University of Pittsburgh, has posted two articles from his backlist on SSRN.


The story of the Warren Court’s impact on the U.S. South is of course far larger and more wide-ranging than just the direct legacy of Brown v. Board of Education. Indeed, this is a question of not just “Beyond Brown,” or, better yet, “Beyond Brown and Baker,” but of appreciating how the obstructive behavior of the South, in the face of Warren Court rulings, affected the wider judicial decision-making of the Court just as much as the Court’s holdings altered so many aspects of southern life, both public and private.

Brown is a major part of that story, as is Baker and its decisive, Deep South progeny, Reynolds v. Sims. Yet there are at least four other important and often-overlooked chapters in this story as well: first, the Court’s own frightful and halting behavior in other, little-known and sometimes tragic race cases in the immediate wake of Brown; second, the ways in which the Court’s belief in racial equality significantly spurred its efforts to reform criminal justice procedures nationwide; third, the tremendously under-appreciated manner in which the activism of the southern Black freedom struggle stimulated the Court to vastly expand federal judicial jurisdiction in ways that helped protect the constitutional rights of any citizen prosecuted in a southern state court; and fourth, the degrees to which even ostensibly unrelated areas of substantive federal law, ranging from First Amendment rights of association, to the law of libel, to the procedural protections afforded public aid recipients, all were likewise transformed on account of the collision between the Warren Court and white public authorities in the South. All told, that larger story is one whose scope far exceeds the standard narrative about Brown and race, or even the more expansive one about Brown and Baker’s explicitly shared grounding in the fundamental guarantees of the Equal Protection Clause. 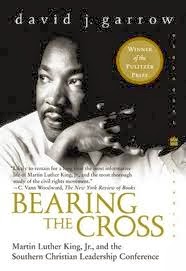 On January 1, 1957, Martin Luther King, Jr. addressed a 7000-person NAACP Emancipation Day benefit rally at Atlanta’s Big Bethel AME Church. Titling his remarks “Facing the Challenge of a New Age,” King declared that he and his listeners were living in “an age in which a new world order is being born . . . The old order of colonialism is passing away, and the new order of freedom and equality is coming into being . . . ” A new world was dawning in the United States as well, King said, thanks to the Supreme Court’s 1954 ruling in Brown v. Board of Education. “[A]s a result of this decision,” King stated, we can “gradually see the old order of segregation and discrimination passing away and the new order of justice and freedom coming into being.”

The events of 1957 across the South, and in Washington, foreshadowed a future in which two successive Presidents overcame the racial ambivalence that had constrained Dwight D. Eisenhower’s Oval Office behavior. Once the determined southern black activism symbolized by King finally won the committed support of first John Kennedy, and then far more so Lyndon Johnson, the transformative promise so richly visible throughout 1957 burst forth in full flower in 1964 and 1965.

King had been right on that New Year’s Day to call that forthcoming transformation inevitable, even if he could not then fully foresee how long it would take, the price to be paid, or the ineluctable limits — as Bayard Rustin was beginning to teach him — of a social metamorphosis that would come to be defined wholly in racial rather than economic terms. That future may have been inexorably constrained in ways that King could only dimly discern, but the events of 1957 foreshadowed that future more than any previous year in American history.