New from the University of Chicago Press's Historical Studies of Urban America Series: The Streets of San Francisco: Policing and the Creation of a Cosmopolitan Liberal Politics, 1950-1972 (March 2014) by Christopher Agee (University of Colorado). Here's an abstract: 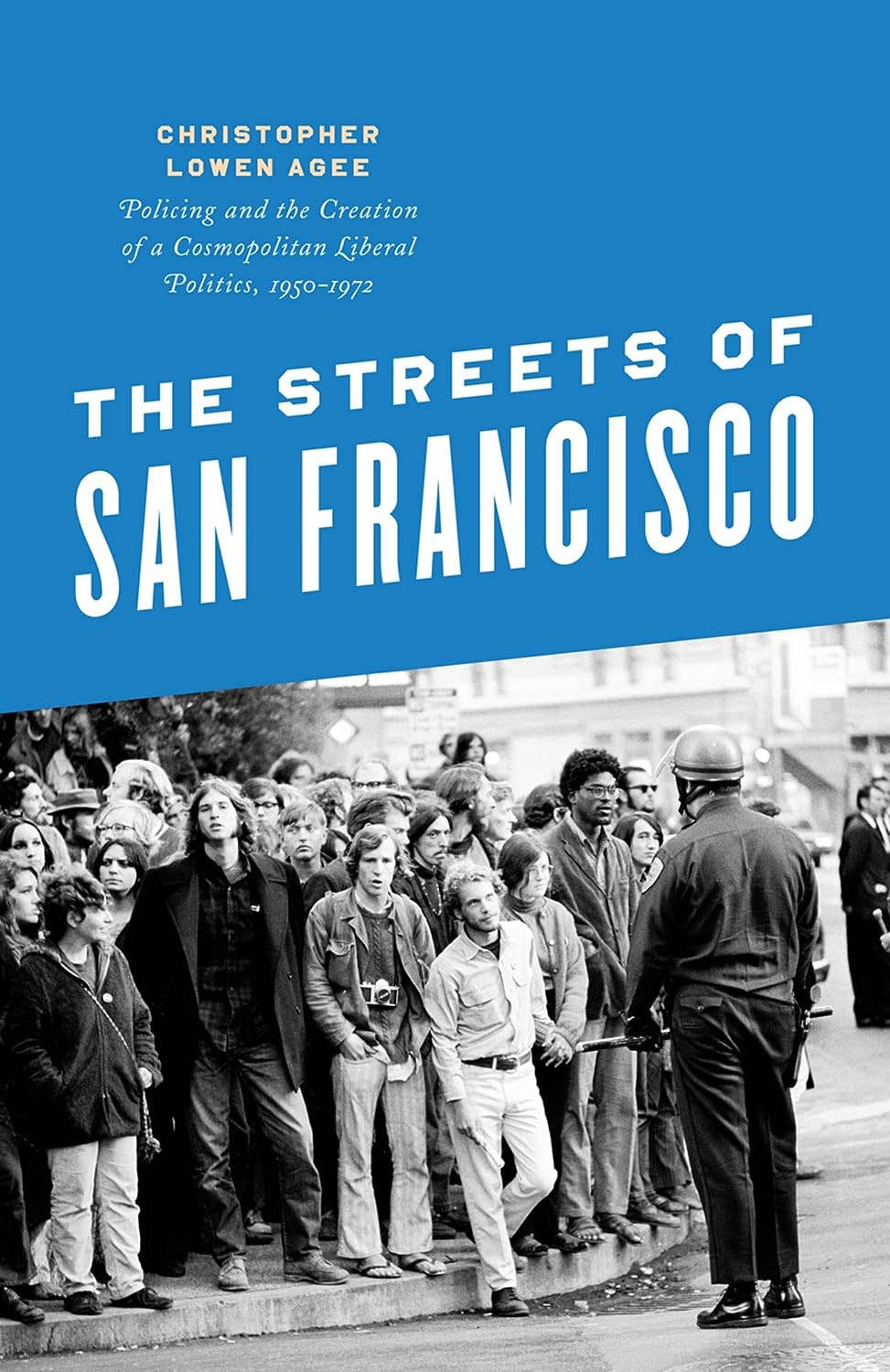 The Streets of San Francisco reveals the surprising and central role policing played in the creation of San Francisco's modern liberal politics.  By uncovering the seldom-reported, street-level interactions between police officers and San Francisco residents during the 1950s and 60s, historian Christopher Agee has found that postwar police officers exercised broad discretion when dealing with North Beach beats, African-American gang leaders, gay and lesbian bar owners, Haight-Ashbury hippies, artists who created sexually explicit works, Chinese-American entrepreneurs, and a wide range of other San Franciscans.  Unexpectedly, that police discretion grew into a source of both concern and inspiration for thousands of young professionals who streamed into the city's growing financial district and expressed desires for both diversity and security.  By the late 1960s, marginalized San Franciscans, young white professionals, and even rank-and-file police officers were rallying around issues of police discretion to forge a new liberal coalition.  Promising both democracy and physical safety, San Francisco liberals became a driving force behind a national transformation in urban liberal politics.  Today, urban liberals across the country ground themselves in similar understandings of democracy through an emphasis on both broad diversity and tough policing.


“This is an insightful and bracingly original study of law enforcement and municipal politics.  Agee tells a gripping, often surprising story of how San Francisco became the city it is today, and in the process he sheds new light on the ways that battles over policing influenced and reflected broader transformations of American urban life in the second half of the twentieth century.”--David Sklansky

You can read more about the book here.
Posted by Anonymous at 1:00 PM