"Jews and the Law": An Essay Collection 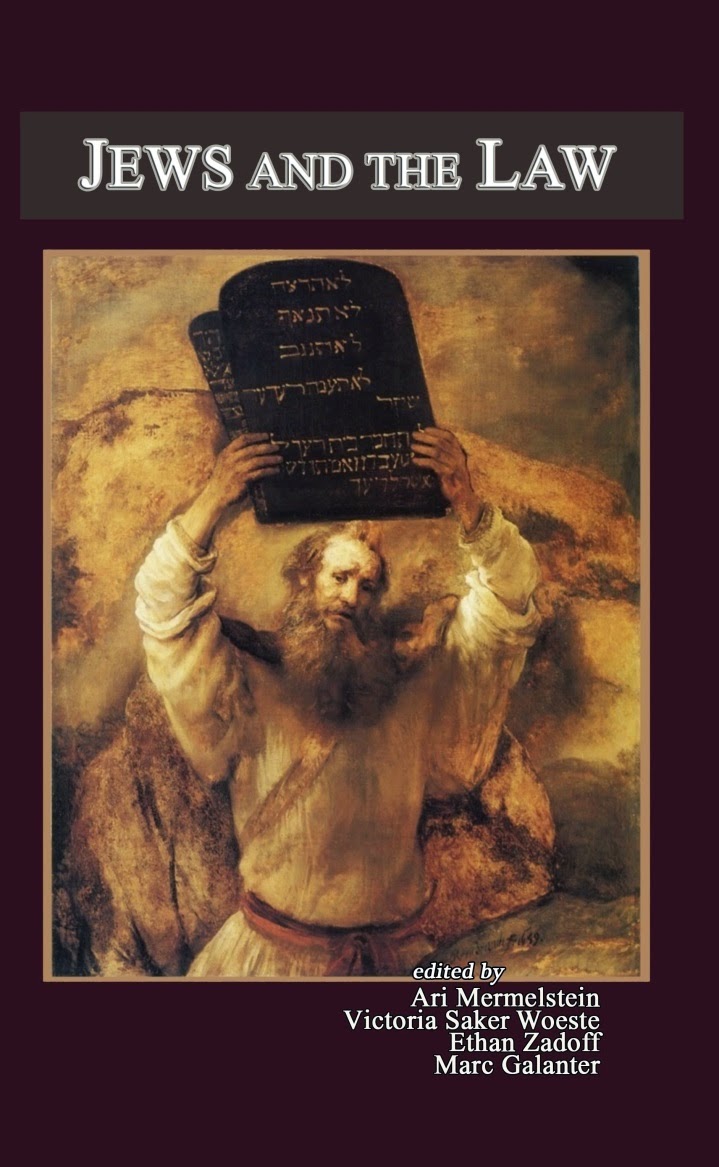 Just out from Quid Pro Books is Jews and the Law, edited by Ari Mermelstein, Victoria Saker Woeste, Ethan Zadoff, and Marc Galanter.  This collection of essays on is now available as an ebook ($9.99) and in paper ($36.99); it may be purchased in hardback next month.  The press explains:


Jews are a people of law, and law defines who the Jewish people are and what they believe. This anthology engages with the growing complexity of what it is to be Jewish - and, more problematically, what it means to be at once Jewish and participate in secular legal systems as lawyers, judges, legal thinkers, civil rights advocates, and teachers. The essays in this book trace the history and chart the sociology of the Jewish legal profession over time, revealing new stories and dimensions of this significant aspect of the American Jewish experience and at the same time exploring the impact of Jewish lawyers and law firms on American legal practice.

"This superb collection reveals what an older focus on assimilation obscured. Jewish lawyers wanted to 'make it,' but they also wanted to make law and the legal profession different and better. These fascinating essays show how, despite considerable obstacles, they succeeded."
- Daniel R. Ernst, Professor of Law, Georgetown University Law Center

"This fascinating collection of essays by distinguished scholars illuminates the distinctive and intricate relationship between Jews and law. Exploring the various roles of Jewish lawyers in the United States, Germany, and Israel, they reveal how the practice of law has variously expressed, reinforced, or muted Jewish identity as lawyers demonstrated their commitments to the public interest, social justice, Jewish tradition, or personal ambition. Any student of law, lawyers, or Jewish values will be engaged by the questions asked and answered."
- Jerold S. Auerbach, Professor Emeritus of History, Wellesley College

I hear from the publisher, Alan Childress, that Quid Pro Book’s republication of C. Herman Pritchett's The Roosevelt Court is out as an ebook.  A paper version is soon to follow, as is a republication of H. N. Hirsch's The Enigma of Felix Frankfurter.  Check out other forthcoming books at QP's website.
Posted by Dan Ernst at 9:30 AM