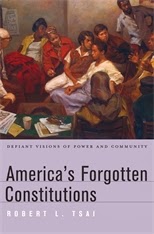 On the Fourth of July, Americans celebrate the moment when our forefathers “dissolved the political bonds” between the 13 Colonies and Great Britain—cutting themselves free of a ruler thousands of miles away, and asserting their right to pursue life, liberty, and happiness under a new form of government.

Today, we see this as a watershed in our grand civic narrative: a break in historical time that ended one chapter of the story and began another. But to see their claim to liberty as a unique moment in our history would be an error. In fact, once Americans declared independence, they never really stopped. Since the founding era, dozens of groups have taken the message to heart and asserted the right to self-rule, again and again.