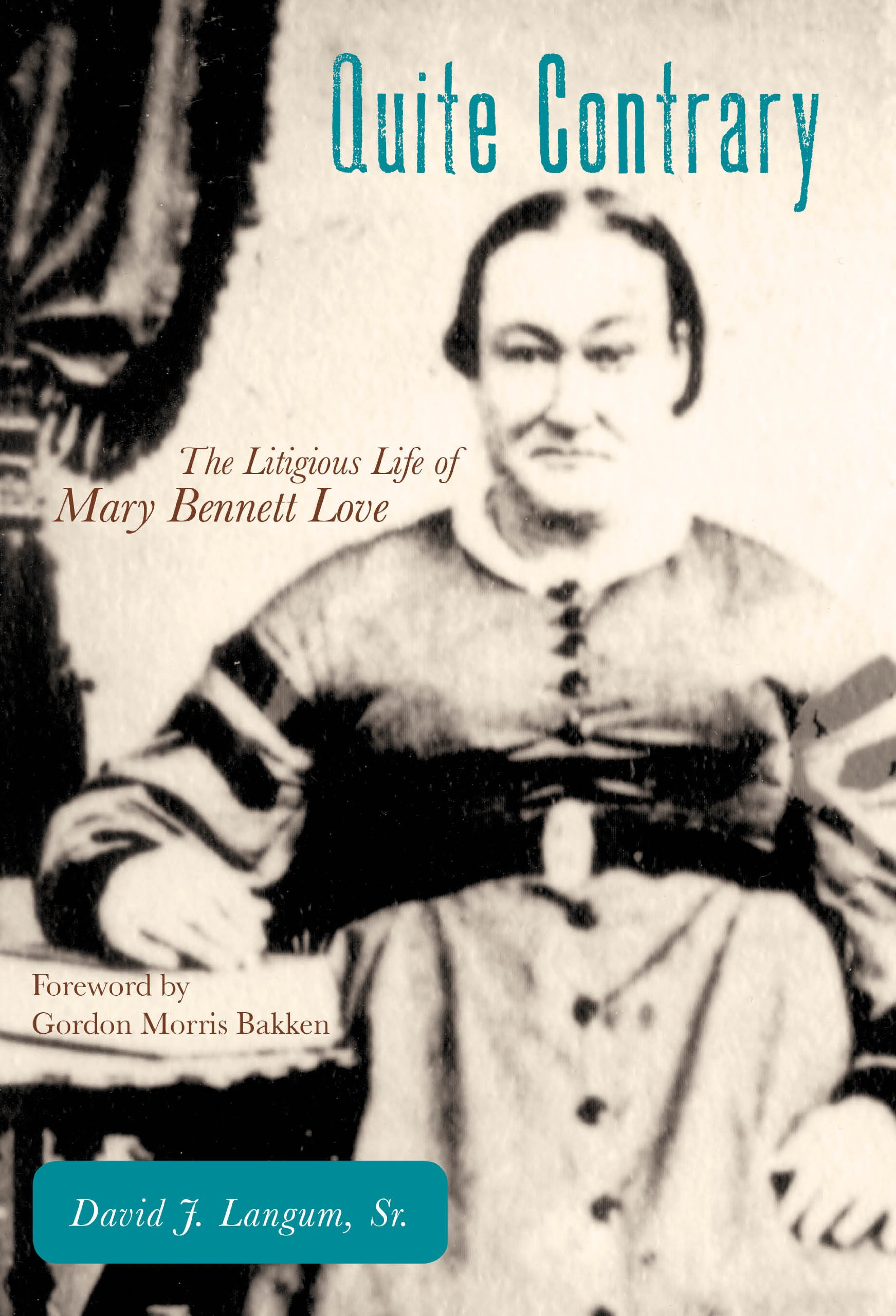 Mary Bennett Love had a physicality exceeded only by her personality. Six feet tall and over 300 pounds, Love was anything but shackled by the mores of her day. In the 1840s, she moved west from Arkansas via the Oregon Trail. A few years later, she separated from her husband and took her six minor children to Santa Clara, where she acquired a Mexican land grant by forging an adult son’s signature.

Though illiterate, she knew the law thoroughly and used it to her advantage. No sooner had the American military invaded California than Mary squatted on public lands and engaged in dozens of lawsuits to advance her interests. Her love life was no less tumultuous. Harry Love, her second husband and slayer of Mexican bandit Joaquin Murrieta, died at her bodyguard’s hands.

Quite Contrary is the first book to focus on Mary Bennett Love. Aside from making for an entertaining story, she is representative of the relationship people had with the law in pre-Gold Rush California. Furthermore, her economic success demonstrates the often self-imposed notions of true womanhood—which Mary ignored, paving the way for future female entrepreneurs.


"Early California’s socio-legal history has been told in general terms, but here we have an individual story of Mary Bennett Love, a working class nineteenth-century woman, battling to protect her property. This is good stuff, and readers interested in early California or frontier history, women’s history, or legal history deserve to read about Mary Bennett Love’s amazing life." —Mark R. Ellis

"David Langum has written a fascinating account of Mary Bennett Love, a woman large in both size and ambition. Her schemes and ambitions, her lawsuits and her land-hunger, are played out against the backdrop of old California, as it made the transition from a small Mexican outpost to a booming American state. This well-written and deeply researched book is a genuine contribution to Western history." --Lawrence Friedman