Friedman on "The Big Trial"

New from the University Press of Kansas is The Big Trial: Law as Public Spectacle, by Lawrence M. Friedman, the Marion Rice Kirkwood Professor at Stanford Law School: 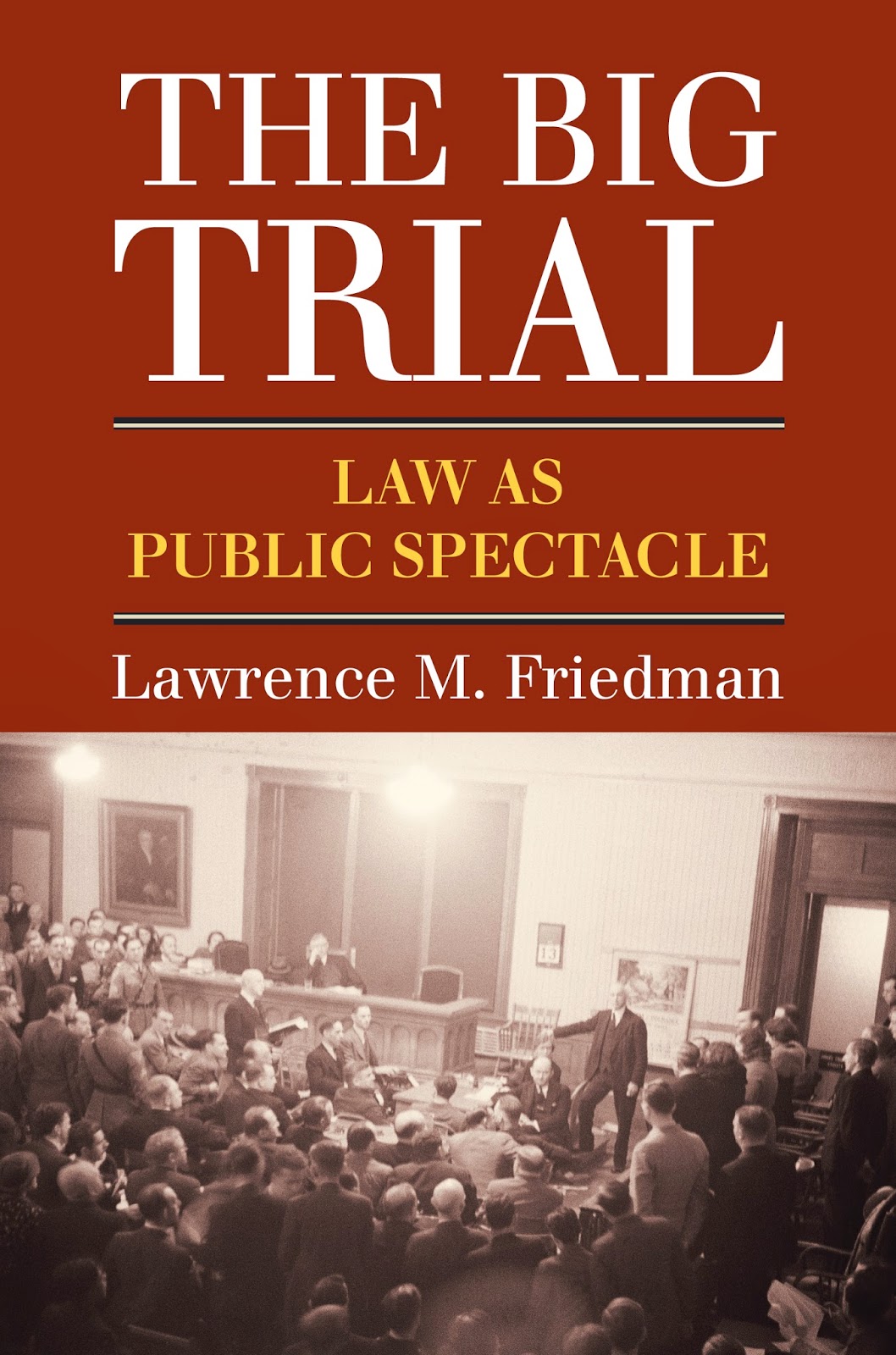 The trial of O. J. Simpson was a sensation, avidly followed by millions of people, but it was also, in a sense, nothing new. One hundred years earlier the Lizzie Borden trial had held the nation in thrall. The names (and the crimes) may change, but the appeal is enduring—and why this is, how it works, and what it means are what Lawrence Friedman investigates in The Big Trial.

What is it about these cases that captures the public imagination? Are the headline trials of our period different from those of a century or two ago? And what do we learn from them, about the nature of our society, past and present? To get a clearer picture, Friedman first identifies what certain headline trials have in common, then considers particular cases within each grouping. The political trial, for instance, embraces treason and spying, dissenters and radicals, and, to varying degrees, corruption and fraud. Celebrity trials involve the famous—whether victims, as in the case of Charles Manson, or defendants as disparate as Fatty Arbuckle and William Kennedy Smith—but certain high-profile cases, such as those Friedman categorizes as tabloid trials, can also create celebrities. The fascination of whodunit trials can be found in the mystery surrounding the case: Are we sure about O. J. Simpson? What about Claus von Bulow—tried, in another sensational case, for sending his wife into a coma.? An especially interesting type of case Friedman groups under the rubric worm in the bud. These are cases, such as that of Lizzie Borden, that seem to put society itself on trial; they raise fundamental social questions and often suggest hidden and secret pathologies. And finally, a small but important group of cases proceed from moral panic, the Salem witchcraft trials being the classic instance, though Friedman also considers recent examples.

Though they might differ in significant ways, these types of trials also have important similarities. Most notably, they invariably raise questions about identity (Who is this defendant? A villain? An innocent unfairly accused?). And in this respect, The Big Trial shows us, the headline trial reflects a critical aspect of modern society. Reaching across the nineteenth and twentieth centuries to the latest outrage, from congressional hearings to lynching and vigilante justice to public punishment, from Dr. Sam Sheppard (the fugitive) to Jeffrey Dahmer (the cannibal), The Rosenbergs to Timothy McVeigh, the book presents a complex picture of headline trials as displays of power—moments of didactic theater" that demonstrate in one way or another whether a society is fair, whom it protects, and whose interest it serves.