Coming up in the Boston College Law School Legal History Roundtable on February 8 is “Liquor Laws, Gay Bars, and the Politics of Common Sense,” by Anna Lvovsky, Harvard Law School.  From the Roundtable’s website: 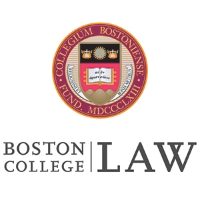 Queer nightlife in the early twentieth century thrived in a period of minimal scrutiny by municipal authorities. With the end of Prohibition in 1933, all that would begin to change, as newly established liquor boards worked alongside local police departments to enforce a host of regulations against serving gay customers in licensed bars. The vast terrain of anti-homosexual proceedings provides a rich window into queer life in the mid-twentieth century: a record of the many bonds of friendship, unusual commercial alliances, and acts of resistance that defined the gay social world in these years.

But that history is also notable for what it reveals about the dynamics of anti-homosexual regulation itself, and specifically how that project intersected with the broader public discourse about homosexuality in the mid-twentieth century. Typically requiring some proof that a bar owner not only served queer patrons but also did so knowingly, liquor proceedings against gay-friendly bars rose and fell on a very particular type of evidence: proof that a bar’s customers conformed to widespread public stereotypes of homosexuality. The boards’ police power over gay-friendly bars, in short, was fueled by a presumption of some shared public knowledge about deviance—the idea that most urban Americans harbored a common understanding about who the homosexual was and how he differed, in his conduct and appearance, from the ordinary man. In context, the ongoing litigation surrounding the boards’ anti-homosexual proceedings went far beyond a legal dispute about the liberties of gay men and women in the public sphere. It was also a cultural debate about the nation's prevailing understandings of deviant behavior: not only where the general public drew the boundaries of normal and abnormal male or female conduct, but also who the “general public” might be—whose opinions about sexual and gender norms defined the threshold of American normalcy during the Cold War.