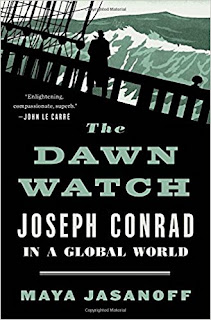 Maya Jasanoff's biographical history of Joseph Conrad, The Dawn Watch: Joseph Conrad in a Global World, is reviewed glowingly in The New Statesman.

Blitzed: Drugs in the Third Reich by Norman Ohler is reviewed in the Los Angeles Review of Books.

In The New Republic, a review essay on antiwar activism considers together Michael Kazin's War Against War: The American Fight for Peace, 1914-1918, Oona Hathaway and Scott Shapiro's The Internationalists: How a Radical Plan to Outlaw War Remade the World, and L.A. Kaufman's Direct Action: Protest and the Reinvention of American Radicalism.

In The Washington Post is a review of Noah Feldman's The Three Lives of James Madison: Genius, Partisan, President.  Also reviewed is Brenda Maddox's Reading the Rocks: How Victorian Geologists Discovered the Secret of Life.

In The New York Times, Jacqueline Jones is interviewed about her new biography of Lucy Parsons, Goddess of Anarchy: The Life and Times of Lucy Parsons, American Radical.  Also in the Times is a review of Lawrence O'Donnell's Playing with Fire: The 1968 Election and the Transformation of American Politics.  Also reviewed in the newspaper are two new popular histories of Istanbul, Bethany Hughes' Istanbul: A Tale of Three Cities and Richard Fidler's Ghost Empire: A Journey to the Legendary Constantinople. 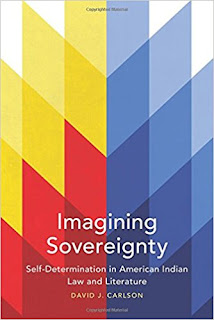 Gary Fields' Enclosure: Palestinian Landscapes in a Historical Mirror is reviewed in The New York Review of Books.


The New Books Network has posted a range of interviews for the interested listener. David Carlson discusses his Imagining Sovereignty: Self-Determination in American Indian Law and Literature.  There is an interview with Elizabeth McRae about her Mothers of Massive Resistance: White Women and the Politics of White Supremacy.  Kay Wright Lewis talks about her A Curse upon the Nation: Race, Freedom, and Extermination in America and the Atlantic World.  Alice Echols is interviewed about her Shortfall: Family Secrets, Financial Collapse, and a Hidden History of American Banking.  Finally, Sarah Fishman speaks about her social history of gender and family in postwar France, From Vichy to the Sexual Revolution.