Mehrotra on Taxation and the Modern State

Ajay K. Mehrotra, American Bar Foundation and Northwestern Pritzker School of Law, has posted Fiscal Forearms: Taxation as the Lifeblood of the Modern Liberal State, which appears in The Many Hands of the State: Theorizing the Complexities of Political Authority and Social Control, eds. Kimberly Morgan and Ann Orloff (New York: Cambridge University Press, 2017) 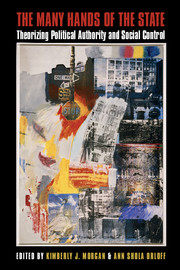 For nearly all advanced industrialized nation-states, taxation is the central source of public revenue. Indeed, taxation is the one policy area without which nearly all of the other functions and aspects of the modern state would not be possible. Thus, to continue the Bourdieuian metaphor of a body politic that frames this edited volume, taxation is the lifeblood of the effective, modern, liberal state. Like blood itself, taxation does much more than provide material sustenance for the body politic. Because taxation is one of the most widely and persistently experienced relationships that individuals have with their government, it helps us define the meaning of fiscal citizenship. Taxation institutionalizes the concept of a social contract between the state and its citizens, between the sovereign and its subjects.

This paper, which is part of a collection of essays, explores the central role of taxation to the development of an effective, modern state. After reviewing some of the classic social and economic literature on how taxation is the key link between war and state formation, this paper investigates how scholars have recently begun to go beyond the conventional view of taxation as simply a source of material resources, to examine the historical relationship between taxation and citizenship. There is perhaps no better example of how taxation has shaped social and cultural conceptions of fiscal citizenship than the U.S.’s adoption of direct and progressive taxation in the early twentieth century. Using the United States during this period as a case study, this paper shows how American reformers deliberately deployed a particular vision and idiom about taxation to help lawmakers and ordinary Americans reimagine the financial basis of government programs.