The Radical History Review has issued a call for papers for a special issue on "enclosures," which it describes as "a term that refers to the twin phenomenon of proprietary demarcation and dispossession that has accompanied the global transition to industrial capitalism in cities and rural areas alike." The call continues: 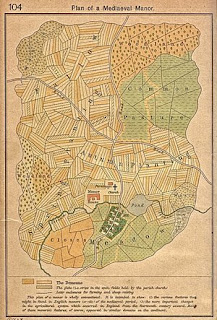 In a variety of geographical and chronological contexts, this issue will explore both the symbolic and the literal, material senses of the historical process of enclosure.

Contemporary thinkers have evoked the concept of enclosure in a vast variety of settings and across the ideological spectrum, from Garrett Hardin's prescriptive discussion of the "tragedy of the commons" and the neoliberal doctrine of the inherent instability of the commons, to E. P. Thompson's studies of the social and legal conflicts over the peasantry's use of the commons in early modern England. The concept of the commons has become a generic metaphor for public property, academic disciplinary knowledge and access to the airwaves, for example and, by extension, the commonweal. Likewise, the enclosure of the commons has taken multiple meanings that extend the idea of the fencing off of common property in the interest of private gain and liberal (or neoliberal) individual property rights. As multifarious as it is, the concept of enclosure may provide a historically coherent way of considering disparate instances of conflicts over subsistence rights in the face of the division of property.

This special issue offers an opportunity to take stock of the idea of enclosure to explore the connections between, for example, the type of "primitive accumulation" for which the term was originally applied and its more abstract, contemporary instances, and to historicize rigorously its application. To what degree was there ever really a "commons"? How did constructions of sacrosanct public space and its privatization and dispossession become naturalized features of cultural life? By collectively publishing work on such diverse phenomena as urban squatters throughout the world, intellectual property, or social conflicts over indigenous collective property rights in colonial and post-colonial settings, the journal editors aim to explore the limits of the usefulness of the concept of enclosure as a critical paradigm for understanding modern political and social life, and to consider how to connect its manifold manifestations.

While we would welcome submissions that revisit the early modern European context to which the term enclosure has typically been applied, we strongly encourage works from any time period, especially those that critically examine the broad applicability of the term and those that venture beyond the European and North American contexts.