[The exam in my American Legal History usually consists of historical narratives on some subject or person analogous to the subjects and persons we discussed in class and questions that ask the students to draw their own parallels. Securities regulation was much on my mind this semester, thanks to an invitation to present on the early years of the Securities and Exchange Commission to the Tobin Project. Here's the first narrative from the exam, which addresses the first half of the course, on the emergence and consolidation of the Progressive legal-political regime (q.v. my chapter in the Cambridge History of Law in America):]

Most Securities Regulation classes begin with the New Deal and, in particular, the Securities Act of 1933. Under this “truth-in-securities” law, federal administrators did not offer an opinion on the merits of an investment; they simply required the investment bankers, brokers, and corporate officials behind the issuance of a stock or bond to disclose a great deal of information relating to the security and then let investors decide whether it was right for them. But securities regulation predated the New Deal by over twenty years in the guise of “blue-sky” laws enacted by the states.

Kansas adopted the first in 1911, at the urging of J.N. Dolley, a successful rural banker and Republican politician who had seen depositors withdraw their funds to purchase stock backed by nothing more than the “blue sky.” Dolley [pictured at left] claimed that honest farmers, widows, and orphans, “whose knowledge of business is limited,” were “more or less at the mercy of the dishonesty and shrewdness” of promoters. Rather than offer safe investments, like railroad bonds, these “confidence men and thieves” hawked securities backed by speculative oil and gas wells, mines, and housing developments. To remove such “financial cancers,” Kansas required anyone selling a security within the state to obtain a license from the state banking commissioner. The commissioner would issue a license only if he concluded that the issuer intended “to do a fair and honest business” and that the security offered investors “a fair return.” Eleven states followed suit in the next two years. By 1931, only Nevada had failed to enact some kind of securities legislation.

Of course, investors swindled out of their money by fraudulent misrepresentations had always had a remedy against the sellers at common law. In practice, however, an action for fraud was unsatisfactory. By the time an investment went bust, the promoters often were nowhere to be found or otherwise judgment-proof. Also, plaintiffs rarely could show that promoters had made factual statements that they knew to be false, as common-law fraud required. Typically promoters simply expressed opinions or failed to reveal known defects–neither being illegal under the common-law doctrine of caveat emptor. Opponents of blue-sky laws called them paternalistic and claimed that they would produce “a nation of fools and weaklings.” Defenders replied that “the enlightened view of modern times” was to prevent public evils before they could occur. The blue-sky law was simply an exercise of “society’s right of self-defense.” Yes, a defender explained, shady investments hurt individuals, but it was only through individuals that the “incidence of any evil” fell “upon the community.” Dolley offered an additional justification: his law kept “Kansas money in Kansas,” where it would help local farmers and small businesses, rather than enrich “New York Stock Exchange speculators and gamblers.” Still other defenders said that blue-sky laws kept potential investors from becoming “distrustful of all” investments and fleeing the capital markets altogether.

Commonly, blue-sky laws empowered state commissioners to obtain financial statements of the company issuing and broker offering a security, the mortgage that secured the issue, and other documents. Commissioners were empowered to make detailed investigations of the issuer’s “property, business, and affairs” at the issuer’s expense. The commissioner who denied a license had to explain why the security was “unfair, inequitable, dishonest or fraudulent,” but few statutes required a hearing before the denial. Rather, the disappointed issuer was to challenge the denial in court. There, the issuer bore the burden of disproving the commissioner but could introduce new evidence, and the judge was not bound by the commissioner’s view of the facts. 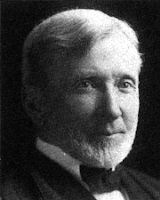 Lawyers for investment bankers charged that the broad delegation of legislative power to an administrator left too much “room for the play and action of purely personal and arbitrary power.” The definitive rejection of this argument came in 1917, when the U.S. Supreme Court upheld blue-sky laws in the Geiger-Jones case. Justice Joseph McKenna reasoned that the broad delegation was justifiable because the valuation of securities was “a complex problem” requiring skill and expertise. In any event, McKenna wrote, “an adverse judgment by the commissioner is reviewable by the courts.”

Despite this seeming defeat, investment bankers soon turned the evasion of blue-sky laws into “a well-developed art.” Because the states could only constitutionally reach sales that took place within their borders, the bankers offered securities through the mail “by prospectus” and formally completed sales in a home office in some other state. In the 1920s, business lobbyists got state legislators to exempt any security listed on a stock exchange; the securities of public utilities and other regulated industries; local, state, and federal bonds; and the securities of companies with a recent history of profits. Reconciling such exemptions with the basic philosophy of a blue-sky law “require[d] a good deal of imagination,” a treatise writer observed.

Further, the securities commissioners appointed in the 1920s generally lacked “the vigilance, energy, and intelligence” to administer a blue-sky law properly. Determining whether a mining property in Mexico, a railroad in China, or an automobile invention offered an investor “a fair chance to gain by his investment” required a staff of hundreds, which no state employed. “Administrative favoritism, even bribery,” were said to be common. Commissioners denied licenses to the business rivals of their cronies and favored political contributors. Even before the Stock Market Crash, knowledgeable observers had concluded that blue-sky laws were a regulatory charade.

[Sources include the standard articles on the subject and Morton Keller's indispensable Regulating a New Economy (1990).]
Posted by Dan Ernst at 8:38 AM