Now that my article, “The Politics of Administrative Law," is out, I want to say something about its historiographic context that probably won't be apparent to most readers.

I wrote the paper for a conference in honor of Stanley N. Katz (my dissertation adviser) held at Woodrow Wilson School at Princeton University in February 2007. Because of the occasion, I thought of the first thing of his I ever read, “The Politics of Law in Colonial America: Controversies over Chancery Courts and Equity Law in the Eighteenth Century,” Perspectives in American History 5 (1971): 485–518, which John Langbein put in my hands as I was trying to decide where to do graduate work in history after completing my J.D. I recall being impressed by the article, as well as by Katz's Newcastle’s New York (1968), and off I went.

In the years since, I never forgot the essay, but for some time its salience for me lessened. Although published in 1971, it originated in Katz’s dissertation on Anglo-American politics, which he started in the late 1950s. By the time it appeared, social history and other concerns were capturing the imagination of historians, including, if I’m reading the essay properly, Katz’s. “The real challenge is not to learn about the relatively infrequent intersection of law and political crisis,” he concluded, after a masterful tour of just that topic, “but to find out how legal institutions affected daily life.” 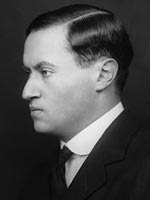 For some time now, I’ve been inspired by recent work of political historians and scholars of American political development to study the cohort of lawyers who took entry-level jobs in the federal government during the administrations of Franklin D. Roosevelt. The more I followed the New Deal lawyers around Washington as they built an administrative state, the more I found myself thinking about Katz’s essay on colonial chancery courts. It dawned on me that years before scholars of American political development argued that “state and party systems” independently determined “the origins, implementation, and effects of policy proposals,” Katz, borrowing from Sir Lewis Namier (pictured at right) brought the idea of an autonomous “structure of politics” to American legal history, where it remains a fruitful source of insights.

More specifically, I became aware of a parallel between the law and politics of “New Deal New York” and the law and politics of Newcastle’s New York. Katz’s “Politics of Law” essay culminated in two related disputes over equity courts in New York in the 1730s. Just about two centuries later--in 1938, to be precise--two disputes over another rival of common-law courts, the administrative agency, again roiled New York’s politics. The lesson of Katz’’s essay--that in trying to explain a political controversies about law, look for some attempt to use a legal institution to transform a political order--turns out to be good advice for understanding the controversy in New York in 1938. Moreover, Katz’s essay usefully brought out a difference between the two eras. In Katz’s account, the legal profession does not appear as a collective body asserting its own interests in having courts be free from gubernatorial domination. In 1938 the legal profession played a leading role.

I’m not going to rehearse the argument of my article here, but in my next post I’m going to say enough about Katz’s original article and related work to suggest why I found the comparison so useful. The next time I teach a “development of legal institutions” seminar, I plan to assign the two articles together. I’d be very pleased to learn what happens if anyone else gives it a try.