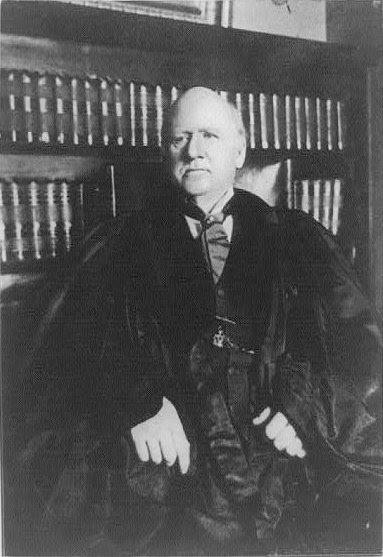 ticles previously published. It is a great idea to dust off those older articles and post them. You might find that it is easier to get permission to post older pieces, and your work is more widely accessible when it's on SSRN.

Only Partially Color-Blind: John Marshall Harlan's View of Race and the Constitution appeared in the Georgia State University Law Review (1995). Here's the abstract:

Few nineteenth century justices are held in higher esteem than the first Justice John Marshall Harlan. Harlan’s reputation is based largely on his 1896 dissent in Plessy v. Ferguson. With its ringing endorsement of the concept of the “color-blind Constitution,” this dissent is at times viewed as embodying a commitment to modern concepts of racial equality.
This article, which first appeared in the Georgia State Law Review in a symposium marking the 100th anniversary of Plessy, argues that the scope of Harlan’s vision of racial equality is often greatly overstated. To be sure, in comparison to his colleagues on the Waite and Fuller Courts, Harlan was generally more sympathetic to the plight of African-Americans. However, even in this narrow context, Harlan’s approach was quite different than even the most conservative modern justices. Moreover, he showed much less solicitude for the rights of Native Americans and people of Chinese descent. The most consistent theme of these cases is a commitment to nationalism rather than a robust theory of racial equality.

Fourteenth Amendment Concepts in the Antebellum Era was published in the American Journal of Legal History (1988). Here's the abstract:

Much of the literature discussing the original understanding of section one the Fourteenth Amendment takes one of two basic positions. One group of scholars, perhaps best exemplified by William E. Nelson, argues that the language of the equal protection, due process, and privileges and immunities clauses was not understood as distinctively legal concepts, but rather as expressing general political principles. By contrast, another school of thought, which can be traced to the work of scholars such as Howard Jay Graham and Jacobus Ten Broek, takes the view that the language of the Fourteenth Amendment embodied legal concepts that were derived specifically from abolitionist legal thought.
This article, first published in 1988 in the American Journal of Legal History and later incorporated into a book entitled The Fourteenth Amendment and the Law of the Constitution, takes a different view. The article contends that the language of section one was derived from distinctively legal concepts that evolved in connection with issues that were unrelated to the dispute over slavery, and that both proslavery and antislavery legal theorist had made use of these concepts in making their arguments during the antebellum era.