[This is the second of two posts on Stanley N. Katz's “The Politics of Law in Colonial America: Controversies over Chancery Courts and Equity Law in the Eighteenth Century,” Perspectives in American History 5 (1971): 485–518. The first is here.] 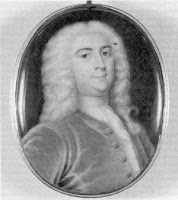 The political controversy over chancery courts in colonial America must have seemed an intriguing oddity when Stanley Katz encountered it in the research that ultimately became Newcastle’s New York (1968). Part 2 of the book opens with the attempt in 1732 of the new governor, William Cosby (pictured at left), to recover half the salary paid to the lieutenant governor in his absence with a suit before the New York Supreme Court, sitting as an Exchequer Court with equitable jurisdiction. Cosby's salary suit and his later entertaining, in his own capacity as chancellor, of a bill challenging the validity of a large land grant to opponents of his administration, provoked a response “strangely out of proportion to their potential to do harm,” Katz wrote, complete with invocations of “archaic notions of English constitutional law.” 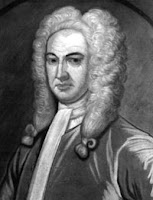 In contrast to the revolutionary period, when constitutional debates produced deep and lasting divisions, “the problem of the chancery courts arose fitfully” and “ran close to the surface of political ideology.” Katz called the ideas it generated “brittle and discontinuous” and illustrated the point with the example of Lewis Morris (pictured at right), who staunchly defended his gubernatorial patron’s exercise of equitable jurisdiction in the 1720s, led the opposition to chancery courts in New York in the 1730s, and later presided over his own equity court as governor of New Jersey. The conclusion of the affair was odd as well. New Yorkers never seemed to have “solved” the problem of chancery courts; instead, they seemed simply to have gotten over it. After 1736 chancery courts ceased to be a focal point of political debate. By the 1750s the governor’s chancery court had become, in Katz’s words, “a respected and ordinary court of justice which transacted much of the same sort of work as its counterpart in England.”

Upon investigating, Katz discovered that colonial Americans “objected to chancery courts rather than to equity law.” They were no more willing than their English counterparts to go without a law of minors and lunatics and trusts and uses, discovery procedures and juryless trials, or doctrines that moderated the common law. The one exception he found was the “well-justified colonial perception” of a link between chancery courts and the collection of “quitrents.” These payments were difficult to collect in the common-law courts, because sheriffs “were easily intimidated, and juries often refused to convict” defaulters. But if quitrents could be pursued in chancery courts operating without juries and with an official specifically charged with collecting judgments, they could become a formidable engine for harassing political opponents and a stable stream of public revenue. “Year after year,” Daniel Hulsebosch has recently written, “the imperial agents held out hope that quitrents, like an unmined lode of gold, would provide support for royal administration and free them from relying on the assembly for their salaries.”

Although attacking chancery courts was, in Katz’s words, “one of the time-tested techniques of early-eighteenth-century ‘outs,’” it does seem from Katz’s essay and Newcastle’s New York that Cosby’s use of chancery courts went beyond the ordinary politics of the day and represented a destabilizing breach of the prevailing rules of political engagement. Even in an era when public office was sought for the “power and profit” it conferred, Cosby pursued his interests so voraciously that he disrupted the “political structure of the colony.” To many New Yorkers, Cosby was “a ‘rogue governor,’” who, as John Peter Zenger’s newspaper complained, did “a thousand things for which a small rogue would have deserved a halter.” In selling off the provincial offices within his patronage he slighted important freeholders; in granting land he was said to have kept a third for himself; and in voiding a deed from Mohawk Indians to Albany’s municipal corporation, he created the widespread impression that “he would stop at no Injustice in order to fill his pockets.”

Under the influence of such a governor, an equity court was a fearsome thing, because it functioned without a jury, applied legal standards that gave its judges broad discretion, and could be overturned only through a difficult and costly appeal to the King in Council. An exchequer court consisting of the handpicked justices of the Supreme Court had all these defects. The absence of a jury when an exchequer court sat in equity, for example, was what prompted Cosby to call one into being to hear his salary suit. As Katz writes, New York City jurors were “not likely to side with a newly-arrived Irish governor against a respected and aging Dutch merchant.” Although Cosby ultimately abandoned the suit, his dismissal of Chief Justice Morris for refusing to find jurisdiction in his court to hear the matter opened the governor to the charge that he would have a judiciary that followed his wishes rather than the rule of law.

Further, Cosby wielded discretionary power in his own capacity as chancellor. Cosby used his chancery court to collect quitrents from his opponents, although apparently the records leave the extent of his activity in doubt. Cosby’s jurisdiction over bills in equity questioning land titles unquestionably provoked fierce political opposition. The most controversial was the bill to void an earlier New York governor’s patent of a huge tract along the New York-Connecticut border. All of the New York patentees were Cosby’s political opponents; the challengers, who sued under a royal patent, included Cosby himself. “There is not one patent in the whole Country for the setting aside of which a cunning Lawyer might not find a Pretence,” the New York patentees protested. “If a Governor can set aside patents without a tryal at Law,” another contemporary warned, “a Governor can set make himself master of any mans Landed Estate,” and “if the practice be once Established the whole people will in consequence soon become tenants at will and slaves to Governors.”

The case roiled New York’s politics until Cosby’s death in 1736, after which his opponents dispersed into the administration of his successor, who was more circumspect in his use of his chancery powers. “The chancery was henceforth removed from politics,” Katz writes, “and freed for its dramatic legal development after mid-century.”

For present purposes, I’d like to emphasize several aspects of Katz’s account. “Practically everybody involved,” Katz writes, “agreed that it was necessary to supplement the common law with equity and equitable remedies.” The “mundane private law which occupied most chancellors and equity courts” rarely drew objections. Chancery courts became controversial when governors used them to circumvent common-law courts in general and juries in particular in pursuit of the collection of quitrents. Opponents made arguments that did not admit of distinctions between kinds of equity courts or differences in the substantive law they applied. Cosby and his judges were likened to James II and Chancellor Jeffreys; the ancient constitution was invoked against the despotic assertions of royal prerogative. Yet when the threat to the structure of politics passed, and the potentially transformative use abandoned, chancery courts were accepted as the necessary adjuncts to common-law courts that they in fact were.

Finally, note something missing from Katz’s account: an organized bar, with a professional interest in the regularity of judicial decisionmaking. Its absence apparently is accountable by a simple fact: it did not yet exist. In a later study, Eben Moglin described the New York bar of the 1730s as “a tiny group of lawyers depending upon political privilege rather than professional organization to secure their livelihoods." In opposing Cosby’s control of the chancery courts, it took a tentative but “critical step toward the creation of an independent professional community, capable of unified action in political defense of the legal system itself.” Not long afterward, a “creole legal establishment”--Hulsebosch’s term--emerged and jealously defended the autonomy of law from the discretion of imperial administrators.

What does all this have to do with the politics of administrative law in New York State, two centuries later? I saw some parallels and an important difference. Just as equity law and the courts that administered it were uncontroversial before and after the the 1730s, so was administrative law rarely 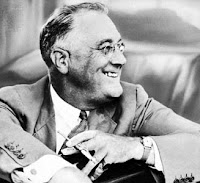 the subject of popular political comment in the state before or after the period 1938 to 1941. It became controversial when the leaders of an established political order (colonial elites in Newcastle's New York; "Old Guard" factions in the political parties of New Deal New York) thought this new alternative to the common law was being employed to create a new era in political mobilization. In the 1930s, bar leaders were prominent among the protesters, at least in part because of the threat "politicized" administrative law posed to their economic livelihood. (Who would bother to pay a lawyer, if the administrator responded only to partisan calculations?) In contrast, lawyers were only just starting to organize as a profession in Newcastle's New York when the controversy over Crosby's equity courts broke out; indeed, Moglin's account suggests that the controversy was a precipitating event. The bar's role was harder to document than that of its successor two centuries late. Finally, once all sides decided that the "judicialization" of administrative procedure had contained the partisan potential of administrative agencies and preserved the cash value of lawyers' mastery of due process, discussions of administrative law became less heated, and the topic returned to the outer margins of American political debate. Something similar happened to equity law in Newcastle's New York with Governor Cosby's death.
Posted by Dan Ernst at 10:55 AM