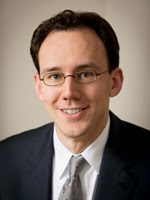 We here at Legal History Blog occasionally invite the authors of recently published books to guest blog about them or whatever other things legal historical interest them.  Our first of several in the next few months is Nicholas R. Parrillo, who is an Associate Professor of Law at the Yale Law School, where he teaches administrative law, legislation, and American legal history, as well as seminars on public management and privatization. As we've noted, his book Against the Profit Motive: The Salary Revolution in American Government, 1780-1940 is just out from the Yale University Press.  It shows “how American lawmakers remade governance by shifting public officers’ monetary compensation away from profit-seeking arrangements—such as fees-for-service and bounties—and toward fixed salaries.”  You may see a list of his other publications here.  Of particular interest is his exhaustively researched “Leviathan and Interpretive Revolution: The Administrative State, the Judiciary, and the Rise of Legislative History, 1890-1950,” Yale Law Journal 123 (Fall 2013), which quite convincingly relates the rise of the use of legislative history to the expansion of the federal bureaucracy and the emergence of a specialized regulatory bar.  (For a roughly (okay, very roughly) analogous argument about the flourishing of cross examination in antebellum courts, come hear Amalia D. Kessler give her paper at our panel at the American Society for Legal History meeting a week from Saturday.)