The "Father of History," Emerging Markets, and More: This Week in the Book Pages 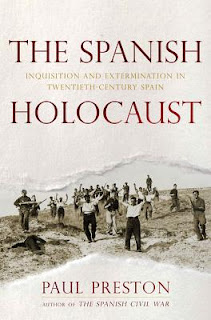 According to Stanley Payne, the history of the Spanish Civil War has benefited from the late twentieth century shift from studies that "privileged the role of heroes" to those that "placed the emphasis on the victim."  In The Wall Street Journal, Payne reviews Paul Preston's The Spanish Holocaust: Inquisition and Extermination in Twentieth Century Spain (Norton), which he explains "has the merit of looking in detail at the atrocities committed by both sides" of the Spanish Civil War, but ultimately reproduces "some of the oldest stereotypes" of the event.  The complete review is here.

Also, in The Wall Street Journal, in "How the World Gets Ahead," Matthew Rees reviews three books that address in different ways "the near-miraculous rise of emerging markets and the explosive growth of hitherto stagnant or failing economies" in the post-1970s world economy: Ruchi Sharma's Breakout Nations (Norton), Vijay V. Vaitheeswaran's Need, Speed, and Greed (Harper), and Philip E. Auerswald's The Coming Prosperity (Oxford).


Built on a vast but unobtrusive bedrock of fine scholarship, its research up-to-date, its judgments and interpretations well-balanced, its obvious affection for its subject never getting in the way of a necessary correction, its tone as amused, ironic, and humane as Herodotus’s own, this little volume is as near-perfect an introduction to the Father of History as one could hope for: the general readers for whom it is intended to count themselves lucky, and— expert credite— scholars may learn a thing or to from it as well.

According to Green, Robert's accomplishes a kind of historical recovery of a Herodutus who "suddenly...look[s] staggeringly modern" to ancient historians.  Read the complete review, here.


In the Wall Street Journal, Alan Pell Crawford reviews David Barton's attempt at another kind of historical recovery in The Jefferson Lies: Exposing the Myths You've Always Believed About Thomas Jefferson (Thomas Nelson).  Barton, one of Time Magazine's 25 "most influential evangelicals" attempts to "set the record straight on the Hemings matter" by repeating well-trod arguments about Sally Hemings's uncertain paternity, and in the end, produces a history that, as Crawford writes, "does no service to his reputation-- or to the American past."  The complete review is here.

On another American president, The New York Times has a review of Richard Aldous's Reagan and Thatcher: The Difficult Relationship (Norton), a book that sheds light on the "many tensions and even conflicts" behind their "mutual applause" and challenges "the heroic" narrative "in which two great leaders continued the struggle for freedom waged for generations past by 'the English-speaking peoples.'" 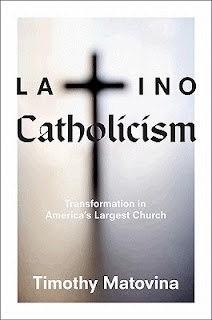 “The First Pilgrims,” by Michael Sean Winters in The New Republic: The Book is a review of Timothy Matovina’s Latino Catholicism:Transformation in America’s Largest Church (Princeton University Press). Winters writes:

The historical experience of Latino Catholics was, in some ways, the reverse of what later European immigrants experienced. The nineteenth-century Irish and German immigrants left their homelands to come to America, but according to Timothy Matovina “the first large group of Hispanic Catholics became part of the nation during that same era without ever leaving home, as they were incorporated into its boundaries during U.S. territorial expansion into Florida and then westward.” Additionally, when restrictive immigration laws in the 1920s closed the doors to Europe, the Mexican Revolution initiated the first large-scale immigration of Latinos across the border into the United States. In the post-World War II era, “waves of Hispanic immigrants have comprised an increasingly significant portion of what was purportedly an established, Americanized, post-immigrant church.

Also reviewed this week: In TNR: The Book: Jim Yardley’s Brave Dragons: A Chinese Basketball Team, an American Coach, and TwoCultures Clashing (Knopf).  The New Republic also has a  review of Norman Davies, Vanished Kingdoms: The Rise and Fall of States and Nations (Viking), which Jacob Soll describes as a "colossal wreck of a book."  To find out why, read on here.  Subscribers can also find a review of Vanished Kingdoms in The Nation, here.


The New York Times has a review Blaine Harden’s Escape from Camp 14: One Man's Remarkable Odyssey from North Korea to Freedom in the West (Viking) and a review of Rachel Maddow's Drift: the Unmooring of American Military Power (Crown), and Peter Beinart's, The Crisis of Zionism (Times Books), which is here.

The WSJ also has a review of David Clay Large's, Munich 1972: Tragedy, Terror, and Triumph at the Olympic Games and a review of Andrew Gumbel and Roger G. Charles, Oklahoma City: What the Investigation Missed-- And Why it Still Matters (William Morrow) ("The great value of "Oklahoma City" is not that it solves a mystery but that it reveals the limits, and vulnerabilities, of a no-expense-barred government investigation").

And some food for thought: The New York Times has Dwight Garner's review of Tyler Cowen, An Economist Gets Lunch: New Rules for Everyday Foodies (Dutton).  As Garner explains: “Mr. Cowen is a right-leaning economist and a contrarian foodie.  He takes aim at a fat target: food-world pretentiousness.  He attempts to skewer the slow-food, eat-local and eat-fresh movements; to him, they’re expensive and snobbish.  He praises modern agribusiness.  He admires the genetically modified animals and produce that opponents call Frankenfood."  But, “in relating all this," Garner concludes, "Mr. Cowen comes perilously close to suggesting that we shouldn’t care about where and how our food is grown.”