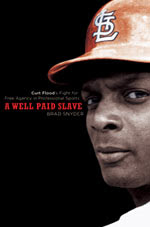 Posted by Jed Shugerman
It's opening day for most baseball teams today, and I thought I'd take this chance to recognize some of my favorite legal history of baseball: 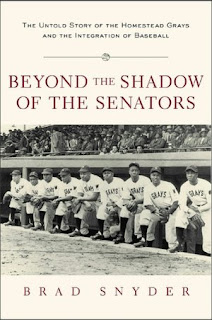 I highly recommend Brad Snyder's two books, A Well-Paid Slave: Curt Flood's Fight for Free Agency in Professional Sports (Viking/Penguin, 2006) and Beyond the Shadow of the Senators: The Untold Story of the Homestead Grays and the Integration of Baseball (Contemporary Books, 2003). 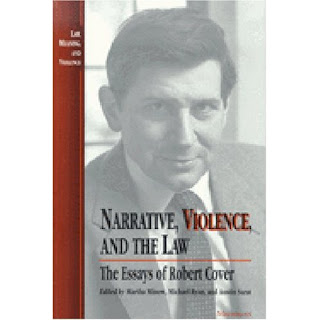 And of course, there is Robert Cover's "Your Law Baseball Quiz," published on the New York Times Editorial Page on April 5, 1979. Cover created a delightful multiple choice exam that asked readers to match Supreme Court Justices to legendary baseball players.  (I admit that I have been completely stumped by some of his questions, even when I have re-taken the quiz as a professor).

Less successful was Justice Blackmun's frivolous Part I to Flood v. Kuhn, a seven-page summary of the history of baseball, in which he rattled off a list of 83 of his favorite players. Chief Justice Burger and Justice White concurred in the decision, except for Part I.  Of course, I have nothing against such shout-outs, but in my defense, it was a blog post, not a Supreme Court decision.

Dear readers, what are your favorite baseball histories?

Let me take one more opportunity for Blackmun-esque frivolity to offer my predictions for the 2012 season:
AL East: Rays, Central: Tigers, West: Angels, wild cards: Yankees and Rangers.
NL East: Phillies, Central: Reds, West: Giants, wild cards: Nationals and Brewers.
I think the Marlins, the Braves, and unfortunately, the Red Sox, are in for disappointing years, and the Nationals will surprise everyone.  Note that the Red Sox are starting with a disabled list that has a higher combined salary this year ($60 million) than the total salaries of seven teams, including four playoff contenders (Marlins, Nationals, D-Backs, and Rays, plus the Indians if they get lucky).
The Rays starting rotation is too good from 1 through 5 to be denied.  For the World Series, I'm predicting revenge for 2008: Rays over Phillies in 7.