Here's a roundup of some legal history related book reviews published this week.  Those of you whose Sunday morning begins with a visit to the Legal History Blog may have noticed that it is tardy.  My apologies!

Reviewers and publishers are thinking about voting rights these days (I can’t imagine why…). In the NYRB, David Cole’s How Voting Rights Are Being Rigged covers Give Us the Ballot: The Modern Struggle for Voting Rights in America by Ari Berman and The Great Suppression: Voting Rights, Corporate Cash, and the Conservative Assault on Democracy by Zachary Roth. In The New Republic, Alan Wolfe takes on Roth’s book as well as Jason Brennan’s Against Democracy, which “argues for the establishment of an epistocracy, or rule by the wise.” (IQ tests at the voting booth? How could that possibly go wrong...?).


Also in the NYRB, Gerard Russell reviews three books on the recent political movements in the Middle East by Jean-Pierre Filiu,

Thanassis Cambanis and Robert F. Worth. In the same issue, James McPherson reviews a new history of abolition

In the NY Times, Adam Kirsch reviews Hitler: Ascent 1889-1939 by Volker Ulrich, who “sees his subject as a consummate political tactician, and still more important, as a gifted actor.”

In the Washington Post, Mary Louise Kelly, NPR’s National Security correspondent, reviews Rogue Heroes, Ben Macintyre’s “riveting new history” of Britain’s Special Air Service—or SAS. Macintyre’s book is also reviewed in The Guardian. Also in The Guardian, Colin Kidd summarizes Ron Chernow’s biography of Alexander Hamilton, which is being published for the first time in the UK as a “taster” for the musical’s opening in London in 2017.

In the Times Literary Supplement, Stephen Lovell reviews The Romanovs by Simon Sebag Montefiore, which has a “gossipy charm that readers will recognize from his earlier work” and as it looks into the “inner chambers” of the Russian dynasty.

In The Nation, ﻿Jedediah Purdy reviews John Judis’s The Populist Explosion: How the Great Recession Transformed American and European Politics and What Is Populism? Jan-Werner Müller’s take on populism in Western Europe.

In the LA Review of Books, Amy Brady reviews Richard Kluger’s, Indelible Ink: The Trials of John Peter Zenger and the Birth of America’s Free Press, which “tells the complex and thoroughly engaging history leading up to and including the moment of Zenger’s trial for seditious libel of a government figure,” and Stephen Rhode reviews two new books on the death penalty, Courting Death: The Supreme Court and Capital Punishment (which provides “a clear and comprehensive look at the 40-year modern history of capital punishment in the United States since its reinstatement in 1976”) and Against the Death Penalty (which provides an introduction to Justice Breyer’s dissenting opinion on the death penalty in Glossip v. Gross (2015) and “could chart the legal roadmap to ending this irreversible form of criminal punishment.”). 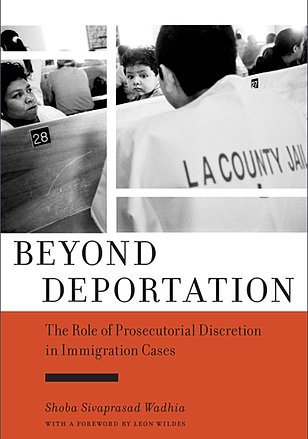 The LA Times features a review of The General vs. the President: MacArthur and Truman at the Brink of Nuclear War, H.W. Brands’ “highly readable take on the clash of two titanic figures in a period of hair-trigger nuclear tensions.”

This month’s issue of The Federal Lawyer features reviews of Mervyn King’s The End of Alchemy: Money, Banking, and the Future of the Global Economy (review by Christopher C. Faille), Melvin I. Urofsky’s Dissent and the Supreme Court: Its Role in the Court’s History and the Nation’s Constitutional Dialogue (review by John C. Holmes), Nick Bunker’s An Empire on the Edge: How Britain Came to Fight America (review by proud Rhode Islander Neysa M. Slater-Chandler) and Shoba Sivaprasad Wadhia’s Beyond Deportation: The Role of Prosecutorial Discretion in Immigration Cases (review by R. Mark Frey).


And in the New Rambler, Peter Conti Brown’s The Federal Reserve’s Big Bang and the Challenge of Institutional History covers America’s Bank: The Epic Struggle to Create the Federal Reserve by Roger Lowenstein. “By lacing his historical narrative with constant references to the recent financial crisis,” Conti-Brown says, “Lowenstein’s is a presentist history, visiting the past not as a foreign country but as the direct antecedent and guide to what we experience in the present.”
Posted by Smita Ghosh at 10:22 PM