Ruth Bader Ginsburg on Lockwood and Women at the Court

In 1973, when I first appeared before the United States Supreme Court to present oral argument, nearly a century had elapsed since the Court first heard a wom 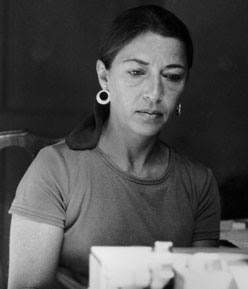 an's voice at counsel's lectern. At the start of the 1970s, law remained a dominantly male profession, but the closed door era had ended. Given the impetus of antidiscrimination legislation, women lawyers were beginning to appear in court as more than one-at-a-time curiosities. Principal among way pavers in days when women were not wanted at the bar was a brave pioneer named Belva Ann Lockwood....

Her front-runner status was achieved by persistent effort....Initially denied a legal education on the ground that her presence "would be likely to distract the attention of the young men"[p. 41], she persevered until she found a law school willing to admit her. She encountered yet another obstacle when that school refused to issue the diploma she had earned.

Throughout her life, Lockwood continued to wear down the barriers society placed in women's way....Though she could not vote for President, she ran for office herself, pointing out that nothing in the Constitution barred a woman's eligibility. As she wrote in a letter to her future running mate, Marietta Stow: "We shall never have equal rights until we take them, nor respect until we command it" [p. 129]....

So much has changed for the better since Belva Lockwood's years in law practice....Still, the presence of only one woman on the current High Court bench indicates the need for women of Lockwood's sense and steel to see the changes she helped to inaugurate through to full fruition.