Experts, Moochers, Pundits, Harlots: This Week in the Book Pages

This week in the book pages, Roads to Power: Britain Invents the Infrastructure State (Harvard University Press), by historian Jo Guldi, caught my eye. Here's a snippet of the Wall Street Journal review:


To summarize [Guldi's] argument, roads were wretched before central government got involved. Only when the expertise of state-funded professionals was put to work did the country become properly traversable. Then a combination of libertarian ideologues and not-in-my-backyarders (along with the odd misguided radical) blocked progress. The parish and turnpike roads that followed were a disappointment, indeed a disaster, for poorer and more outlying regions. Many local corporations found that the income from their tolls was insufficient to maintain their roads. Eventually the central state was forced to step in, take over the unprofitable routes and put the experts back in charge. Ms. Guldi then goes on to extend that argument to our own age: President Obama's Recovery Act, free Wi-Fi in public libraries, Chinese bullet trains, etc. 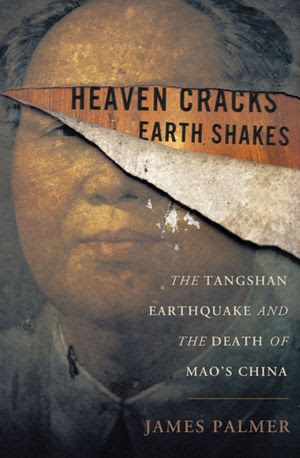 Also in the WSJ:
In the book pages of the New York Times, readers will want to check out historian Mary Beth Norton's review of The Lives of Margaret Fuller: A Biography (W.W. Norton & Co.), by John Matteson. Here's the first paragraph:


Margaret Fuller, a woman of great talent and promise, had the misfortune to be born in Massachusetts in 1810, at a time and place in which the characteristics of what historians have termed “true womanhood” were becoming ever more rigidly defined. Well brought-up women like herself were to be cultured, pious, submissive and genteel. Fuller, by contrast, was assertive and freethinking. She was also — and to some extent, still is — a difficult person to like.

Read on here. Another review of the book, from the WSJ, is here.

Also noteworthy:
The New Republic: The Book reviews Jack Kennedy: Elusive Hero (Simon & Schuster), by Chris Matthews. The reviews focuses on the book's success, despite its lack of "historical or literary merit." "It is noteworthy as a specimen of pundit lit," writes David Greenberg (Rutgers University). Read on here.

The Nation features a review of two books on copyright and fair use: How to Fix Copyright (Oxford University Press) , by William Patry, and Reclaiming Fair Use: How to Put Balance Back in Copyright (University of Chicago Press), by Patricia Aufderheide and Peter Jaszi. The former, the review predicts, will receive attention because the author is chief copyright counsel at Google. But the book itself falls victim to "slipshod" reasoning and unconvincing evidence.  The latter receives praise as "a pragmatic, lucid explanation of how to improve the balance in copyright laws."

Subscribers to the Chronicle of Higher Ed may read a review of two new books on the giants of Egyptology, Belzoni: The Giant Archaeologists Love to Hate (University of Virginia Press), by Ivor Noël Hume, and American Egyptologist: The Life of James Henry Breasted and the Creation of His Oriental Institute (University of Chicago Press), by Jeffrey Abt.
Posted by Karen Tani at 5:00 AM