The latest batch of reviews from the Law and Politics Book Review includes a few noteworthy items:


The core empirical inquiry is whether the Supreme Court of the United States and the U.S. Court of Appeals are contrasting in opposing and welcoming aliens’ claims for status. The central arguments are that each court’s unique institutional context serves to shape judges’ perception of roles, that each court’s role has been dynamic, and that evolving institutional settings have multiple consequences. Overall, the federal judiciary serves the roles and missions as conceived by the founders.

Chapter 3, on the federal judiciary's historical role in this area, may be of the most interest to readers of his blog. It identifies "[t]hree factors . . . at play in the evolution of the Supreme Court and Courts of Appeals –key pieces of legislation, 'judicialization' of immigration policy, and agency choices of enforcement strategies in U.S. immigration policy." 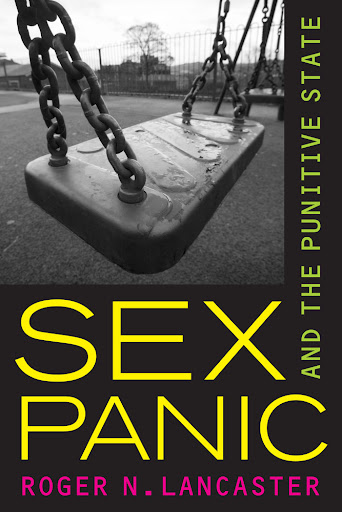 Also reviewed: Sex Panic and the Punitive State (University of California Press), by anthropologist Roger N. Lancaster (George Mason University). According to reviewer Joseph Fischel (Brown University), Lancaster "insists that episodic 'sex panics' are not simply sensationalist, epiphenomenal media accounts produced for profit, but rather reflect and reiterate what he calls forms of 'punitive governance.'" The rise of "punitive governance" is evident in "the extension of the state’s supervisory and carceral powers, the expansion and subsequent legitimation of security measures, and the enactment of harsher regulatory and punitive laws."

LHB readers may be particularly interested in some of the historical examples that Lancaster invokes:


1930s public alarm around the sexual stranger; postwar, McCarthy era crackdowns on homosexuals and other nonconforming sexual subjects; teen prostitution and child pornography purges in the late 1970s; public hysteria around AIDS and (manufactured) satanic ritual abuse rings of the 1980s; and finally, a seemingly unending parade of sex offender statutes in the 1990s and 2000s, catalyzed most explicitly (though not at all entirely) by singularly heinous but statistically unrepresentative events of sexual violence . . . .