Free Speech, Middle Age, and More: This Week in the Book Pages 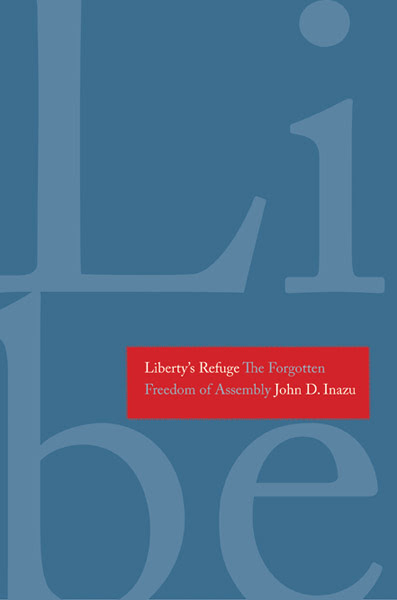 The big one this week is the New Republic review of Liberty’s Refuge: The Forgotten Freedom of Assembly (Yale University Press) and Speech Out of Doors: Preserving First Amendment Liberties in Public Places (Cambridge University Press), by law professors John Inazu and Timothy Zick, respectively. According to reviewer Jeremy Kessler (a JD/PhD student at Yale), both books "investigate the disappearance of the First Amendment 'right of the people peaceably to assemble' in contemporary America." Both are timely:


Although Inazu and Zick wrote their books before the Occupation [of Wall Street] emerged, their histories help to explain—and even to justify—the . . . movement’s extreme mode of assembly: an assembly that insists on peculiar decision-making procedures, engages in twenty-four-hour protest, and refuses to cooperate with government officials and their permitting regimes.

The New York Times reviews In Our Prime: The Invention of Middle Age (Scribner), by journalist Patricia Cohen. The book is "a lively, well-researched chronicle of the social and scientific forces that brought midlife America to its current befuddled state — better off by most measures than any previous generation, but miserably out of fashion."

Another review (paired with a nice screen shot of Bill Murray clutching a stuffed owl in Lost in Translation) is here, in the Wall Street Journal.

Also in the WSJ book pages: A short review of The Plots Against the President: FDR, A Nation in Crisis, and the Rise of the American Right (Bloomsbury), by Sally Denton; a list of five all-time best books on the Nuremberg trials, selected by British writer William Shawcross; and an announcement of the release of Lewis Hine (D.A.P.), a "handsome survey" of Hine's "social photography."

In the book pages of the Nation, you'll find a review of William Stuntz, The Collapse of American Criminal Justice. (The book has been widely reviewed -- see our previous posts here, here, and here.)

The Los Angeles Times takes up The Partnership: Five Cold Warriors and Their Quest to Ban the Bomb (Harper), by journalist Philip Taubman. The book "traces the evolution of five former Cold War hawks into relative doves and follows their efforts to spur U.S. and Russian political leaders to dismantle stockpiles of nuclear weapons." Read more here.

Also reviewed: The Operators: The Wild and Terrifying Inside Story of America's War in Afghanistan (Blue Rider Press), by Michael Hastings.
Posted by Karen Tani at 5:00 AM