Give and Take: This Week in the Book Pages

Perusing this week's book pages, Olivier Zunz's Philanthropy in America: A History (Princeton University Press) stood out to me as particularly interesting. Pablo Eisenberg's review, for the Nation, describes the book as "sweeping" and "insightful." The book "trace[s] the evolution of American philanthropy over the past 150 years," focusing specifically on philanthrophists' efforts to "influence and change national policies in the realms of science, education, health, economic development and anti-poverty programs." Read on here.

The Nation also offers a Q&A with Frank Bardacke, about his new book Trampling Out the Vintage: Cesar Chavez and the Two Souls of the United Farm Workers (Verso). The book "tells the dramatic story of the rise and fall of the UFW," with "emphasis on the rank-and-file leaders, who are too often obscured by the long shadow cast by Chavez." 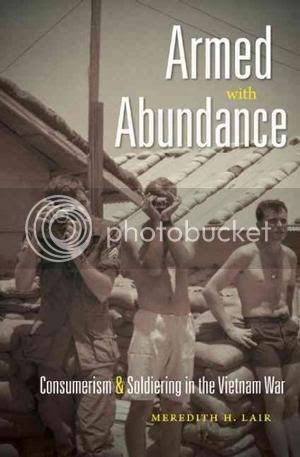 For subscribers to the Chronicle of Higher Education, I recommend Nina Ayoub's review of Armed With Abundance: Consumerism and Soldiering in the Vietnam War (University of North Carolina Press), by Meredith H. Lair. This "fluid and engrossing new book" seeks "to enlarge public notions of American soldiering" by studying day-to-day life and material conditions.

A different war crops up in the book pages of the Wall Street Journal. John B. Hattendorf reviews 1812: The Navy's War (Basic Books), by George C. Daughan, and How Britain Won the War of 1812: The Royal Navy's Blockades of the United States, 1812-1815 (Boydell Press), by Brian Arthur (here).

This week in the New York Times, you'll find a review of Jews and Booze: Becoming American in the Age of Prohibition (New York University Press), by Marni Davis. Underneath the "beguiling title," writes reviewer Sam Roberts, is "a thoughtful, instructive and often insightful dissertation that is much drier than it needs to be." Here's a taste:


Prohibition presented a dilemma. “Should Jews insist on ‘special rights’ for the sake of their own historical continuity, or break with the past for the sake of assimilation?” That dilemma, Davis writes, meant that “in the years leading up to and during national Prohibition, Jews who made a living selling liquor, or who defended alcohol’s legal availability, unwittingly acted as flash points for American anxieties about immigration and ­capitalism.” 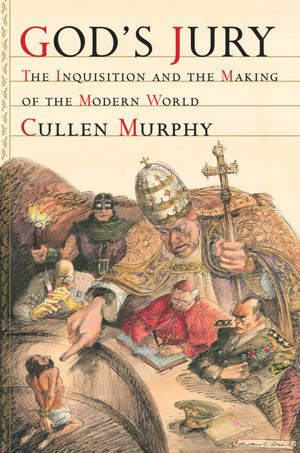 Also reviewed Elizabeth the Queen: The Life of a Modern Monarch (Random House), Sally Bedell Smith (here), and God's Jury: The Inquisition and the Making of the Modern World (Houghton Mifflin Harcourt), by Cullen Murphy (here).

A new issue of the New York Review of Books is out. Subscribers will want to check out Andrew Delbanco's review of American Oracle: The Civil War in the Civil Rights Era, by David W. Blight.

Non-subscribers may read Anatol Lieven's essay on "Afghanistan: The Best Way to Peace." It covers nine recent books on the topic.

Much more from the NYRB -- on Hitler, Occupy Wall Street, the Bible, and national security -- is here.

This week the New Republic: The Book spotlights Liberation Square: Inside the Egyptian Revolution and the Rebirth of a Nation (St. Martin's Press), by Ashraf Khalil (here). World War Two buffs may also be interested in the magazine's review of Monty and Rommel: Parallel Lives (Overlook Press), by Peter Caddick-Adams (here).

They say that history is stranger than fiction. Keith Heyer Meldahl says that geology, is too. Check out a review of his new book, on the formation of the American West (Rough-Hewn Land), in this week's Los Angeles Times, here.
Posted by Karen Tani at 4:00 AM