The Making and Remaking of Conservatism: This Week in the Book Pages

Conservatism is the theme in this week's book pages. The New Republic: The Book covers Buckley: William F. Buckley Jr. and the Rise of American Conservatism (Bloomsbury Publishing), by Carl T. Bogus.  "According to Bogus," reviewer Michael Kimmage writes, "Buckley transformed American conservatism from a sleepy traditionalism, at the edge of American political culture in the 1950s, into a dynamic, almost revolutionary force. When this force remade the Republican Party, with Goldwater’s presidential run in 1964 and then with the election of Ronald Reagan in 1980, it was the American polity that was transformed."

The latest issue of the New York Review of Books weighs in on Corey Robin's The Reactionary Mind: Conservatism from Edmund Burke to Sarah Palin (here). 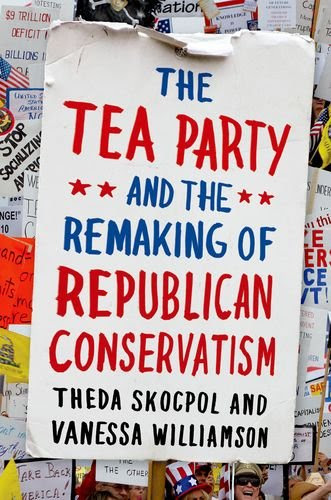 And in the New York Times, you'll find a review of two more books on conservatism, both from Oxford University Press: Rule and Ruin: The Downfall of Moderation and the Destruction of the Republican Party: From Eisenhower to the Tea Party, by Geoffrey Kabaservice, and The Tea Party and the Remaking of Republican Conservatism, by Theda Skocpol and Vanessa Williamson. Both receive high praise from reviewer Timothy Noah. Here's a taste of the substance:


On some level, then, the Tea Party is a product of the very welfare-statism that the hard right sought to smother in 1964 and that so many Tea Partiers profess to loathe today. . . . Government supplies the leisure that makes possible fervid and angry opposition to government. The Democrats built this Rube Goldberg structure, but they couldn’t have done it without help from “modern Republicans.” In at least that narrow sense, their legacy lives on.

Also in the NYT, reviews of: The Tender Hour of Twilight: Paris in the ’50s, New York in the ’60s: A Memoir of Publishing’s Golden Age (Farrar, Straus & Giroux), by Richard Seaver, edited by Jeannette Seaver (here); two new books on Hitler's henchmen (here); and A More Perfect Heaven: How Copernicus Revolutionized the Cosmos (Walker & Company), by Dava Sobel (here).

In the Los Angeles Times, you'll find a review of Power Concedes Nothing: One Woman's Quest for Social Justice in America, from the Kill Zones to the Courtroom (Scribner), by Connie Rice. The "brilliant civil rights advocate and agitator" (not to be confused with second cousin "Condi") has written a record "of her passion, her history, her legal record and her connection to both the powerful and the underprivileged in Los Angeles."

The Wall Street Journal gives top billing this week to a review of All the Missing Souls: A Personal History of the War Crimes Tribunals (Princeton University Press), by David Scheffer, and Justice and the Enemy: Nuremberg, 9/11, and the Trial of Khalid Sheikh Mohammed (PublicAffairs), by William Shawcross. "Can international tribunals curb future atrocities," reviewer John Yoo asks, "or is the intervention of a great power needed?" 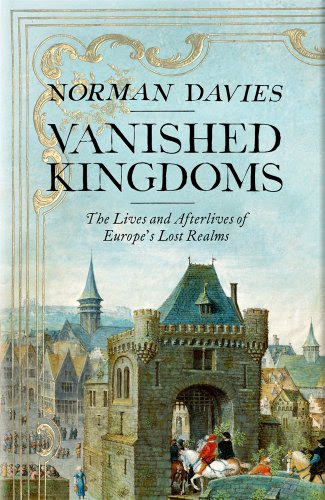 Also reviewed in the WSJ: Vanished Kingdoms: The Rise and Fall of States and Nations (Viking), by Norman Davies (here), and A Savage Empire: Trappers, Traders, Tribes, and the Wars That Made America (Thomas Dunne Books), by Alan Axelrod (here).

In the January 5 issue of the London Review of Books, non-subscribers may read Jackson Lears's review of two books on Obama's parents and T.J. Clark's review of Leonardo Da Vinci: Painter at the Court of Milan (National Gallery).