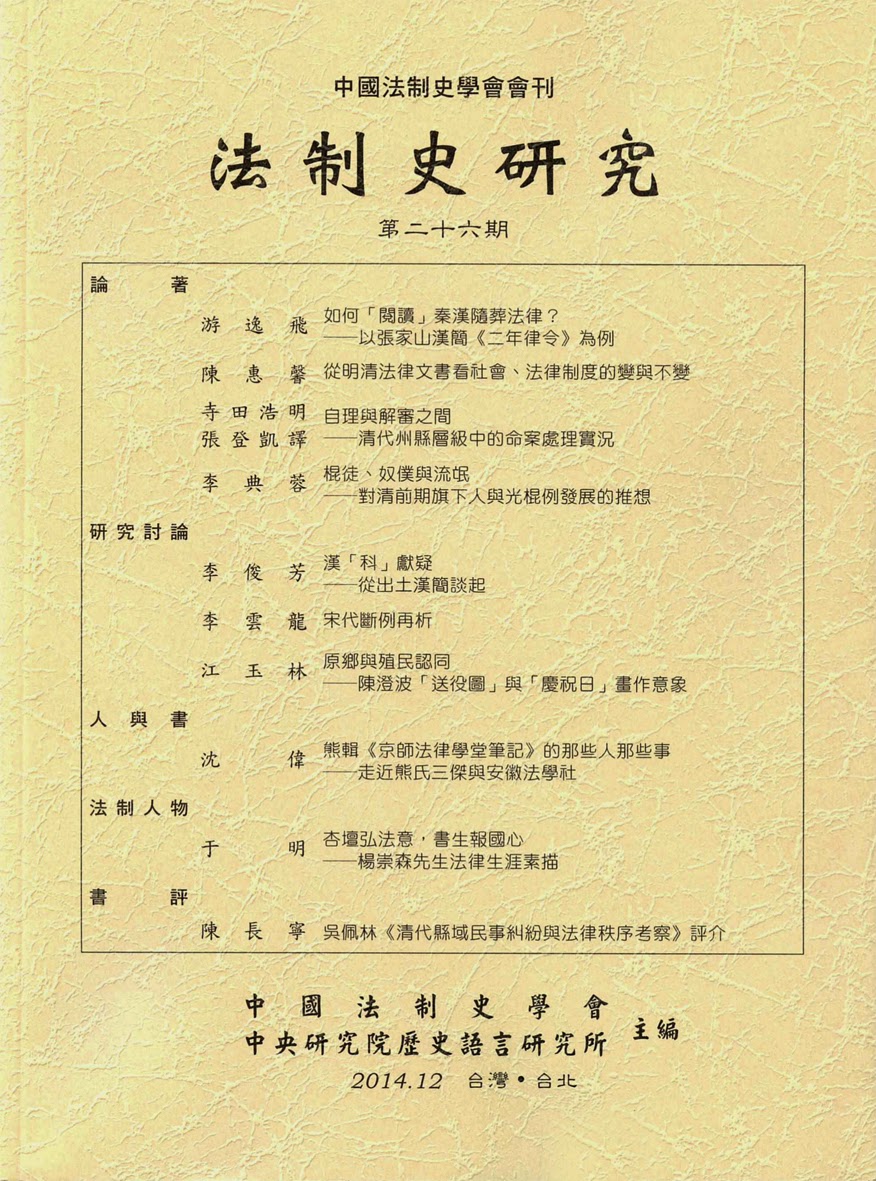 I'm a bit embarrassed to say that I've only just now learned of the existence of the Journal for Legal History Studies.  Here are the contents of volume 26 (December 2014):

You, Yi-Fei, How to “read” the Qin and Han funerary law?--A Case Study in Zhangjiashan “The Legal Text of Year 2”

Chen,Hwei-Syin, The changed and unchanged of the law and Society in Ming and Qing China – An Observation of legal Documents

Lee, Dian-Jung, Stickman, Servant, and Hooligan: The Development about “Bare Stick” Legislation and the Influence of Manchu Bondservants in Qing (1644-1795)

Li, Jun-Fang,    Questions on Laws and Regulations of the Han Dynasty

Li, Yun-Long, A new exploration of “Duanli” in the Song dynasty

Shen, Wei     People and Events on Note of Peking Imperial Law School by Editor Xiong——A Close View to the Three Outstanding Persons of Xiong Family and Anhui Law Study Society
Posted by Dan Ernst at 11:00 AM