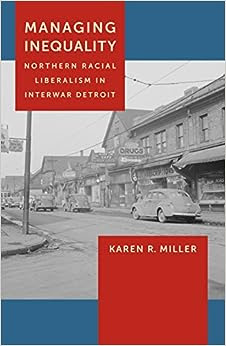 In the wake of the Civil War, many white northern leaders supported race-neutral laws and anti-discrimination statutes. These positions helped amplify the distinctions they drew between their political economic system, which they saw as forward-thinking in its promotion of free market capitalism, and the now vanquished southern system, which had been built on slavery. But this interest in legal race neutrality should not be mistaken for an effort to integrate northern African Americans into the state or society on an equal footing with whites. During the Great Migration, which brought tens of thousands of African Americans into Northern cities after World War I, white northern leaders faced new challenges from both white and African American activists and were pushed to manage race relations in a more formalized and proactive manner.

The result was northern racial liberalism: the idea that all Americans, regardless of race, should be politically equal, but that the state cannot and indeed should not enforce racial equality by interfering with existing social or economic relations. In Managing Inequality, Karen R. Miller examines the formulation, uses, and growing political importance of northern racial liberalism in Detroit between the two World Wars. Miller argues that racial inequality was built into the liberal state at its inception, rather than produced by antagonists of liberalism. Managing Inequality shows that our current racial system—where race neutral language coincides with extreme racial inequalities that appear natural rather than political—has a history that is deeply embedded in contemporary governmental systems and political economies.