The Gilder Lehrman Institute of American History has posted a downloadable mp3 file of what looks to be a very interesting panel discussion, Aliens and Sedition: National Security, Individual Rights and the Law in Historical Perspective. The event took place at the Association of the Bar of the City of New York on May 14, 2008. Here is the Institute's description: 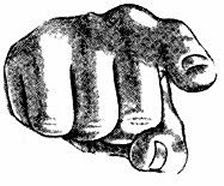 The war on terror has sparked a vigorous debate over how many of our civil liberties, if any, should be sacrificed to keep the public safe from terrorist attack. The conflict between civil liberties and national security has come up before in American history — most notably in the Alien and Sedition Acts at the end of the eighteenth century, President Abraham Lincoln’s suspension of habeas corpus in the Civil War, and the internment of Japanese-Americans during World War II. Join moderator Richard Menaker (Menaker & Herrmann LLP) as he discusses this issue with panelists Alan Brinkley (Columbia University), Joanne Freeman (Yale University), Thomas Kean (Chairman of the 9/11 Commission and former Governor of New Jersey), and Mark Neely (Pennsylvania State University).