Hardy on The Lecture Notes of St. George Tucker: A Framing Era View of the Bill of Rights

The Lecture Notes of St. George Tucker: A Framing Era View of the Bill of Rights, edited and annotated by David T. Hardy, have been posted on SSRN. Here's the abstract: 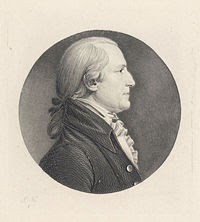 St. George Tucker was a prominent legal figure in the early Republic. He taught law at William and Mary from 1790 to 1804, and in 1803 published the first edition of Blackstone's Commentaries to be annotated with American legal references. This paper is a transcription of his lecture notes dealing with the Bill of Rights, which are archived in the Swem Library of the College of William and Mary. The body of the text appears to date from 1791-92, with some footnotes added at later dates. It is thus significant evidence of original public understanding.
Tucker's view of the Bill of Rights, written within months of its ratification, is modern and robust. Like Justice Black, he is a First Amendment absolutist. He sees the Second Amendment as an individual right. He considers the Fourth Amendment's warrant requirement as a subset of its reasonableness mandate. He sees the Fifth Amendment prohibition on takings as a response to Revolutionary War "impressment" of personal property for military use.

Tucker's edition of Blackstone's Commentaries is available on-line.
Posted by Mary L. Dudziak at 7:47 AM