Ernst on Morgan and the New Dealers

My article, “Morgan and the New Dealers,” is now available on-line to subscribers to Project Muse and is forthcoming in print in volume 20, issue 4 (2008) of the Journal of Policy History. Here is the abstract:

Morgan v. United States (1938), a case about whether an obscure bureau followed the proper procedures under an obscure statute is easily overlooked by political historians given its proximity to such constitutional landmarks as West Coast Hotel Co. v. Parrish (1937) and NLRB v. Jones & Laughlin Steel Corp. (1937). It ought not to be. Morgan intensified an already polemical debate about the compatibility of bureaucracy and individual liberty. Uncertainty over the decision’s precedential reach sent government lawyers scurrying to correct suddenly perceived vulnerabilities, even as they fought congressional legislation that would have gone beyond Morgan to saddle agencies with time-consuming procedures and subject them to more court challenges. Franklin D. Roosevelt’s veto of the Walter-Logan bill in December 1940, the publication of the report of an administration study group soon thereafter, and mobilization for war brought more than three years of debate on the place of administration within the American polity to a close, largely on the position Hughes had defended in Morgan. Americans would have their national bureaucracies and their freedom, too, but only on terms that preserved lawyers’ longstanding dominance of the American state. 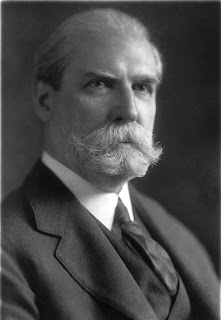 This article commences with the decision itself: Morgan’s origins, its consideration and disposition by officials of the U.S. Department of Agriculture, its progress through the federal courts, and the opinions of the Supreme Court, which directed federal administrators not simply to act “in the spirit of the just judge” but also to respect “the essence of due process in a proceeding of a judicial nature” as they did. To see that Chief Justice Charles Evans Hughes sought not a restoration of the nineteenth-century state of courts and parties but the consolidation of the New Deal state, the article travels back to his vigorous defense of public utility commissions as governor of New York and see how he reconciled his Progressive faith in administration with the court-centered notion of the Rule of Law propounded by the Oxford law professor A.V. Dicey. The version that Hughes championed in Morgan, which I will dub “procedural Diceyism,” accorded administrators a great deal of freedom from judicial oversight, as long as they handled disputes in ways that mimicked the courts.

New Dealers, in contrast, lacked Hughes’s faith in the judiciary. Judicial norms of due process would deny administrators the discretion to handle the complex problems of a modern society, the New Dealers argued, and they would permit lawyers in private practice to delay or defeat needful policies. These recent graduates of elite law schools especially bridled at Hughes’s strong hint that the status of judge-like officials known as trial examiners be elevated, because this internal separation of judicial and prosecutorial functions would lessen the legal division’s control over an agency. In time, however, even the New Deal lawyers had to acknowledge that their agencies depended on lawyers in private practice to gather information and obtain the compliance of their clients. Due process was the price private practitioners exacted for their cooperation. Adversarial proceedings, decision-making on a record, and other judicial norms became widespread even in New Deal agencies well before they were formally enshrined in the Administrative Procedure Act of 1946. A peculiarly American form of bureaucracy, a government of lawyers, thus emerged in the wake of the Morgan case.