Reviewed: Books on Seneca Falls, Lincoln at War, and Txtng

G. McMillen (Oxford Univ. Press) is reviewed by Tim Stafford at Books and Culture. Stafford finds it "a very readable, brief history—just what someone needs to begin to learn about the early trajectory of women's rights in America."

TRIED BY WAR: Abraham Lincoln as Commander in Chief by James M. McPherson 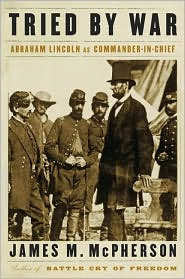 (The Penguin Press) is reviewed by Jean Edward Smith in the New York Times. She finds the book "a perfect primer, not just for Civil War buffs or fans of Abraham Lincoln, but for anyone who wishes to under­stand the evolution of the president’s role as commander in chief....McPherson draws on almost 50 years of research to present a cogent and concise narrative of how Lincoln, working against enormous odds, saved the United States of America." 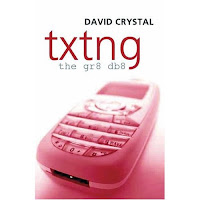 Fans of Louis Menand, particularly his brilliant essay "The End Matter," as well as anyone who has ever met a teenager, will have an interest in "Thumbspeak," a review of David Crystal, Txtng: The Gr8 Db8 (Oxford) in the New Yorker. According to Menand, Crystal's "conclusions are predictable: texting is not corrupting the language," etc. "It is good to know that the estimated three billion human beings who own cell phones, and who use them to send more than a trillion text messages every year, are having no effect on anything that we should care about."
Posted by Mary L. Dudziak at 12:01 AM