Roman Legal Tradition, an on-line journal of ancient, medieval and modern civil law, announces the publication of the first articles in volume 4 (2008). They are:

Late Roman legislation regarding the inheritance rights of nonmarital children is a tangled web of seemingly conflicting constitutions. Focusing on the period 371–428 AD, this Article argues that, when two particular Western laws from that era are considered alongside others issued at the same time, it is possible to discern some wider legislative trends that may help to contextualize the different attitudes shown toward nonmarital children. C.Th. 4.6.4 (371), a Western law beneficial to nonmarital children, can arguably be linked with another Western law issued shortly afterward granting a privilege to the daughters of actresses, another disfavored class in the late empire. On the other hand, the later Western constitution C.Th. 4.6.7 (426–427), the exact content of which is uncertain and disputed, appears to have been issued at a time when the Western consistory was especially concerned with promoting the interests of legitimate heirs. This lends support to the theory that the Western C.Th. 4.6.7 (and not a subsequent Eastern constitution hypothesized by Antti Arjava) was the law referred to in C.Th. 4.6.8 (428) as adopting a harsh position with regard to nonmarital children.

This article discusses the meaning of familia in early Rome. The word seems originally to have had no meaning coincident with the modern word “family.” Rather it carried one of two other broad meanings, the earlier one economic, the later one based on relationship. It referred first to the economic family, analogous to patrimony, but including the family house, and even the group of persons who lived in the family house. It next came to signify a group of persons joined by relationship, eventually undergoing division into familia proprio iure and familia communi iure, assimilated respectively to the much older notions of adgnatio and cognatio. 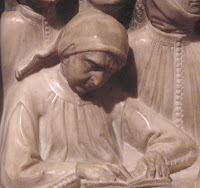 This article examines the process whereby legal principle was created in the formative period of the ius commune (1100–1400). It uses a specific example from the realm of the law of letting and hiring to argue that distinct phases can be identified in this process. An appreciation of the existence of these phases, in turn, casts new light on the variety of specialized cognitive techniques employed by medieval jurists to transform Roman legal rules into the “common law” of Europe.