Call for Papers: The Cinema of Spike Lee

Since the suggested themes for this conference include "Spike Lee and the politics of culture (class, gender, religion, nation, race)," I bet there's a legal scholar with a paper that will fit what looks to be an incredibly interesting conference. Here's the call for papers: 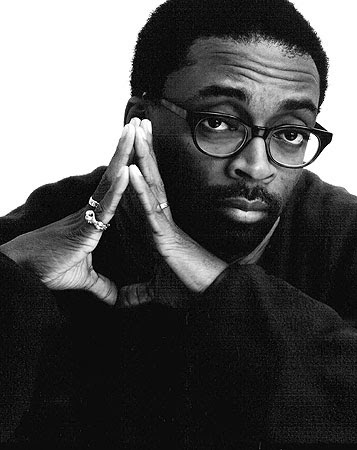 In 1993, the NYU Departments of Cinema Studies, Film and Television, and Africana Studies collaborated in staging a major international conference focused on Pan-African Cinema, which uniquely showcased the contributions of film critics, academics, and industry professionals and explored the achievements of black cinema in a global context. Building on the success of that conference and the insights and debates it inspired, we propose a major international conference to critically survey and celebrate the work of preeminent film-maker Spike Lee. The objective of this conference will be to revisit and discuss anew the remarkable achievements of Lee, as producer, director, film-maker, actor, and teacher in the context of the history of American cinema and, more specifically, within the developmental trajectory of ‘Black American Cinema,’ and its complex, tangled histories and debates. The conference title “Spike Frames” was chosen to suggest the diverse ways in which the outstanding quantity and flow of Lee’s films have ‘framed’ or influenced American film-making from the mid-‘80s into the 21st century. We will also interrogate the ways the ‘Spike Lee phenomenon’ has often directly challenged the expectations and exclusionary practices of the dominant commercial film industry. As well, we will look at the ways Lee’s work has played with the seemingly contradictory ‘double bind,’ of what it means, exactly, to be an ‘independent’ film-maker while being a successful commercial ‘mainstream’ director. Moreover, it is our aim that the conference contribute to the research, debate, and scholarship on black American cinema, while also considering it in the broader context of global filmmaking the 21st century. It is our goal that this conference will create support for the archiving and preservation of African American film through the Tisch School of the Arts Moving Image Archiving and Preservation Program, with every expectation that this will significantly contribute to building strong institutional structures for the study of black film-making, its debates, issues and images.

Spike Frames: The Cinema of Spike Lee is scheduled for November 12-15, 2009. The conference will consist of a series of screenings of key Spike Lee films, plenaries featuring Lee’s collaborators and leading scholars/critics, and panels focusing on various themes. Panels will be comprised of a chair/moderator and three-to-four speakers, presenting papers of 30-minutes each.

The program committee invites proposals for 30-minute papers focusing on one of the following themes:

Send a 500-word proposal and a short curriculum vitae in word format to: