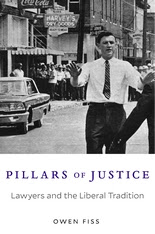 This Review proceeds in two Parts. Part I explores Fiss’s views on his luminaries, Brown, legal liberalism, and Yale. I group the discussion into five categories–civil rights idols, sympathetic colleagues, friendly critics, legal cosmopolitans, and students (who make frequent guest appearances and star in the chapter on [Catherine] MacKinnon and in Fiss’s coda, “Toiling in Eden”).  Part II discusses the criticisms of Brown, the Warren Court, and legal liberalism that are missing in Fiss’s paean. I question Fiss’s version of the history of Yale and his ideal of legal education, and maintain that he overlooks the role of legal realism in creating the school, Brown, and legal liberalism.  I then query whether legal liberalism remains as viable for the present as Fiss contends. Finally, I query whether his subjects should and can still serve as our models.