Legal Thought in an Age of Fracture: An ICH Workshop

[We have the following announcement from our friends at the Institute for Constitutional History.]

The Institute for Constitutional History is pleased to announce another seminar for advanced graduate students and junior faculty, “Legal Thought in an Age of Fracture.”  The Workshop Leaders are Robert W. Gordon, Stanford Law School, and Daniel T. Rodgers Princeton University. 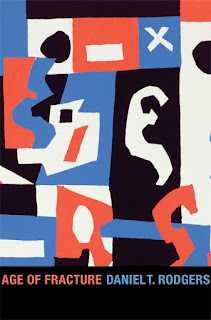 In 2011 the Princeton historian Daniel T. Rodgers published Age of Fracture (Harvard University Press). The book was awarded the Bancroft Prize for the best work in American history in 2012. Drawing on a dazzling variety of sources in political rhetoric, economic thought, social theory, and cultural dispute, the book described the dissolution of intellectual assumptions that had “defined the common sense of public intellectual life” since World War II. The idea of “the common good”, the reality of “society” or of “America” with their call to fulfill relational duties of sacrifice and common purpose seemed to dissolve with the end of the Cold War. New conceptions of institutions like churches, families, corporations, and the government disaggregated them into individuals making “choices” in “markets”; gender and racial identities were not fixed and objective, but fluid and contestable; the idea of American history itself as a story of gradually realizing liberal ideals came under question. All these tendencies have made themselves felt in law, including Constitutional law – among other places in the battles over racial integration and affirmative action; gay rights and abortion; the role of the state in public choice theory and movements toward deregulation; state policies favoring voucher and charter schools; speech codes and curricula in universities; criminal justice policy; intellectual movements in the legal academy; and debates over the meaning of history in the Supreme Court.

This Workshop will draw from legal sources – cases, speeches, policy statements, and academic articles -- illustrating facets of the Age of Fracture, each tied to a different chapter in Rodgers’ book.

Application process.  The seminar is designed for graduate students and junior faculty in history, political science, law, and related disciplines. All participants will be expected to complete the assigned readings and participate in seminar discussions. Although the Institute cannot offer academic credit directly for the seminar, students may be able to earn graduate credit through their home departments by completing an independent research project in conjunction with the seminar. Please consult with your advisor and/or director of graduate studies about these possibilities. Space is limited, so applicants should send a copy of their C.V. and a short statement on how this seminar will be useful to them in their research, teaching, or professional development. Materials will be accepted only by email atMMarcus@nyhistory.org until June 30, 2018. Successful applicants will be notified soon thereafter. For further information, please contact Maeva Marcus at (202) 994-6562 or send an email to Mmarcus@nyhistory.org.

Additional Information. There is no tuition or other charge for this seminar, though participants will be expected to acquire the assigned books on their own.

Workshop Leaders.  Robert W. Gordon is Professor of Law at Stanford University. He has previously taught at SUNY/Buffalo and the University of Wisconsin, and at Yale University, where he is Chancellor Kent Professor of Law and Legal History, and Professor of History, Emeritus. He is a past President of the American Society for Legal History. His book on embedded histories in legal argument, Taming the Past: Law In History And History In Law was published in 2017.  Daniel T. Rodgers is Henry Charles Lea Professor of History at Princeton University, Emeritus. He is the author, in addition to Age of Fracture, of The Work Ethic in Industrial America, Contested Truths: Keywords in American Politics Since Independence, and Atlantic Crossings: Social Politics in a Progressive Age.